Lin-Manuel Miranda talks about journey of 'In The Heights' 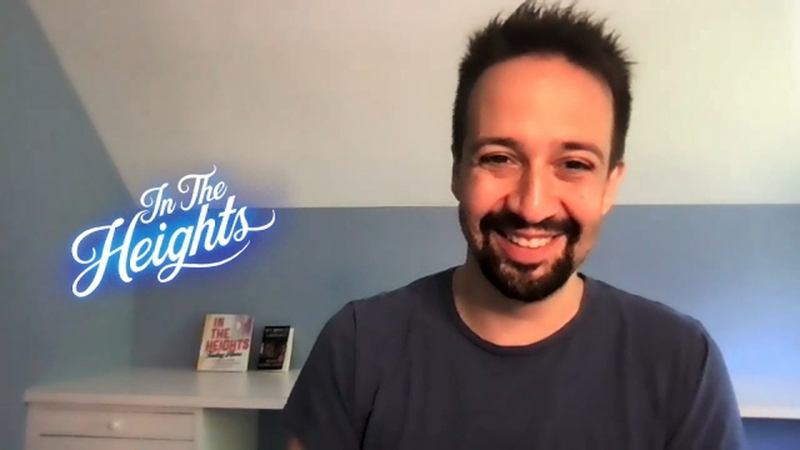 Lin-Manuel Miranda talks about journey of 'In The Heights'

NEW YORK -- This week marks the end of a long journey for Lin-Manuel Miranda, one that began when he started writing his first musical at the age of 19.

Before he ever created "Hamilton," he was thinking about life where he grew up "In the Heights."

The stage musical went on to win four Tony Awards, including Best Musical in 2008.

I first met him when he invited me to the original cast recording of the stage show, to thank me for talking up his musical on WABC-TV and in cabs for Taxi TV (during its earliest days).

Now, with the release of the movie based on his original creation, we got together on Zoom.

"It feels like we've come full circle, the fact that I get to talk to you," he said.

The Tribeca Festival opened with a screening of the movie in the neighborhood where Miranda still lives and just blocks from where the film was made.

I asked him what he gains by making the movie within the neighborhood it's designed to celebrate.

"You gain everything," he said. "You gain a gut-level authenticity check at every moment, from the moment you're casting, and you realize every single cast member has got to look right at home on the corner of 181st Street or 175th Street."

Marvel fans, get ready: the MCU's favorite villain is getting his own show. Here's what we know about the "Loki" release date, plot, cast and other things as the series premieres on Disney+ this week.

Miranda makes a small cameo in the movie, feeling that he is now too old to play the lead as he did on Broadway.

"We all had a suenito," the film's narrator says. And dreams lie at the heart of this piece.

In a way, it's a fulfillment of Miranda's dreams.

"There's layers and layers of my life in every frame of the movie," he said.