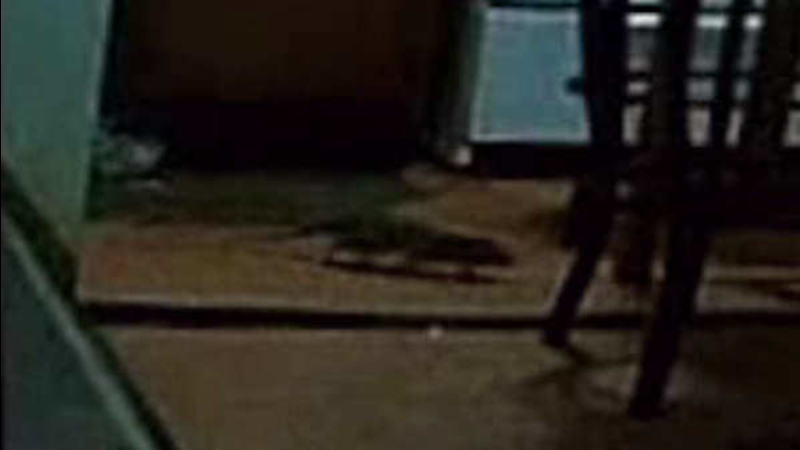 INWOOD, Manhattan (WABC) -- Tenants in one upper Manhattan complex say they are living a nightmare, with the rats, roaches and bed bugs crawling through several apartments just the beginning of the unsanitary and unsafe conditions under which they claim they are being forced to live.

The buildings are located on 10th Avenue in Midwood, where 4-month-old Liam Romano lives a happy life blissfully unaware of what his dad says happens inside the family's apartment.

"This apartment is not well maintained," Jose Romano said. "(Rats) are all over the place. They walk around the beds."

His brother shot cell phone video last week that showed the four-legged germ-carrying pests scurrying across the apartment and hiding under tables and sofas. Jose is worried the rats will eventually bite Liam.

"After midnight, we turn off the lights," he said. "And they come out to play like they are having a party."

Others residents say they are dealing with the same situation, and more.

"The bed bugs," tenant Luis Vesquez said. "I got a lot of rats and mice."

Romano's brother also showed scars on his back he claims are from bed bugs biting him.

And inside their kitchen, pots and pans catch water dripping from broken pipes. They've tried to use tinfoil to plug the holes where the rats are squeezing in, but it's not working.

Tenants have come together and are demanding changes be made immediately. They are also asking the city to step in.

"It's difficult living here," Vesquez said. "And the rents are expensive."

What worries folks the most is a repeat of what happened earlier this month, when 16 people had to go to the hospital suffering from carbon monoxide poisoning because of a leak in the boiler. Vesquez was was one of them and is still suffering from side effects.

"My luck is it was daytime, the problem is daytime," he said. "But if the problem was at night, everybody die."