'It's more dangerous than before:' ISIS prisoner's chilling prediction after al-Baghdadi death 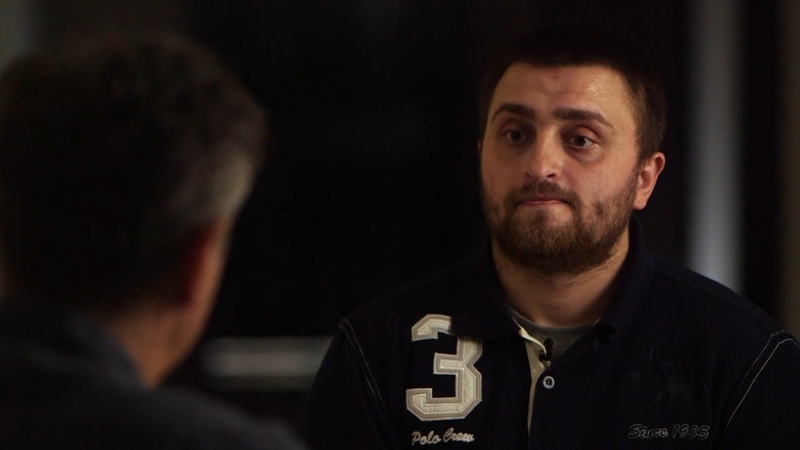 The leader of the Islamic State may be dead, but the world is not a safer place according to one former ISIS member.

Muhammed Hasik is an Islamic State fighter in prison in northern Iraq. In an interview with ABC News' Senior Foreign Correspondent Ian Pannell, Hasik offered a rare and chilling insight into the mind of an ISIS operative.

Offering no remorse for his actions, Hasik said that he believed an attack on mainland Europe was forthcoming, and dismissed the significance of the death of Abu Bakr al-Baghdadi.

"When one dies another pops up," he warned.

Hasik was born in 1994 near Srebrenica, Bosnia, where he said he lost 20 family members during the devastating civil war in the 1990s. From the 1992 campaign of ethnic cleansing in eastern Bosnia to the three-year siege of Sarajevo, this was the theatre of some of the worst violence in mainland Europe since World War II.

He was imprisoned there as a child with his mother and escaped to Germany at the age of 6 as a refugee. After spending a few years in the United States, he returned to Germany, where he began abusing drugs and was imprisoned for a petty crime at 19. He became aware of ISIS at the age of 21, and joined the group with friends he met in jail, arriving in Syria in August 2014.

Six months after joining, he returned to Germany but fearing another spell in jail went back to Syria.

"The process of joining was easy," Hasik told ABC News.

In the same month he joined, ISIS captured the town of Sinjar during their surge through much of northern Iraq and Syria. There, they began a comprehensive attack on the Yazidis, slaughtering many and capturing women and girls as sex slaves.

When asked to answer for ISIS' innumerable atrocities and crimes, Hasik, who now wants to return to Germany, proclaims his innocence.

"I was just a policeman," he said. "We just caught people doing drugs and things like that. I was just doing a job. This war is dirty. And I'm fed up with war. I want to live a normal life with my family and kids."

The prisoner, who is married and has two children in Germany, said he is "finished with Islamic State."

Does he expect to be released?

Yet Hasik, who was stationed in the former ISIS strongholds of Deir ez-Zor and Raqqa during the two years he spent with the extremist group, showed no remorse for their crimes in the Middle East or the attacks they inspired in the U.S., Sri Lanka and around the world.

Asked several times how he felt about ISIS victims -- some of whom Pannell named, including Kayla Mueller -- the Bosnian national was both frightening and unflinching.

In 2017, Hasik surrendered to American forces. He is now in the highest-level security prison in northern Iraq, which is estimated to hold thousands of terror suspects.

But with more than a hundred ISIS prisoners reportedly on the loose having escaped from Syrian jails, the group is down, but not out. Security analysts are concerned they have become emboldened since Turkish forces launched a military incursion into Kurdish-held territory earlier this month.

The death of al-Baghdadi, hailed as a major victory for the Trump administration in the region, is unlikely to deter them, according to Hasik.

The prisoner's take on the significance of the ISIS founder's death, as part of a U.S. special forces raid, was damning. Asked if he thought people were safer after his death, Hasik said, "I think now maybe in Europe something is going to happen because many people may be upset about this thing."

Although President Trump asserts that the ISIS caliphate no longer exists, Hasik said. "that doesn't matter."

"The people exist. The people are there." According to Hasik, al-Baghdadi's death makes "no difference."