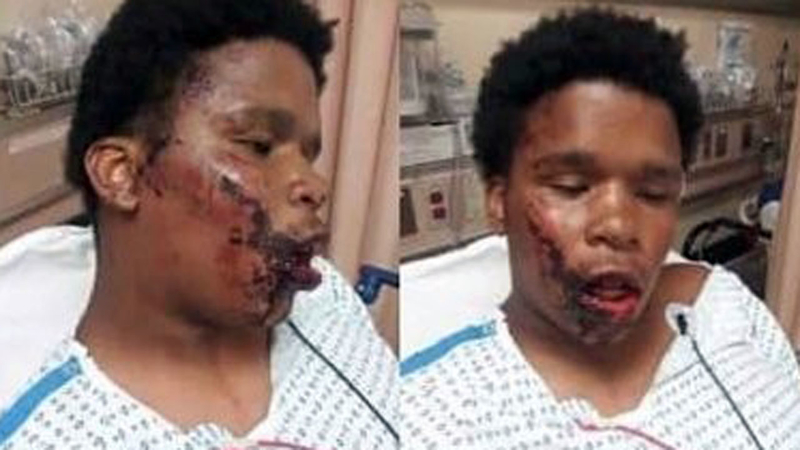 BRONX, New York (WABC) -- The family of a 16-year-old boy from the Bronx says he was struck in the face with a taser and beaten at the hands of New York City police officers.

His family says Jahmel Leach could be permanently disfigured.

"This has to stop. I demand justice, and I won't stop until I get it. I won't go to my grave, until I get it," Jahmel's mother Daisy Acevedo said.

Jahmel claims he was simply a spectator as George Floyd protests swept the city on June 1.

His supporters say Jahmel was approached by officers and placed under arrest without cause.

"There was no looting. He was an innocent bystander, standing there, watching protesters and he gets assaulted," House of the Lord Church Rev. Kevin McCall said.

But Eyewitness News has obtained this video that appears to tell a different story.

East Fordham Road had been taken over by looters and police moved-in to clear the streets.

He is struck with the taser, then apparently struck twice with a baton.

What prompted their use of force to arrest Jahmel was still not clear, late this afternoon.

After Mayor de Blasio met Jahmel and his mother at an event last week, he ordered an investigation.

"To tase someone in the face is a violation of the patrol guide. That's what happened here. And to make it even worse, this is a young 16 year old boy," the family's attorney Sanford Rubenstein said.