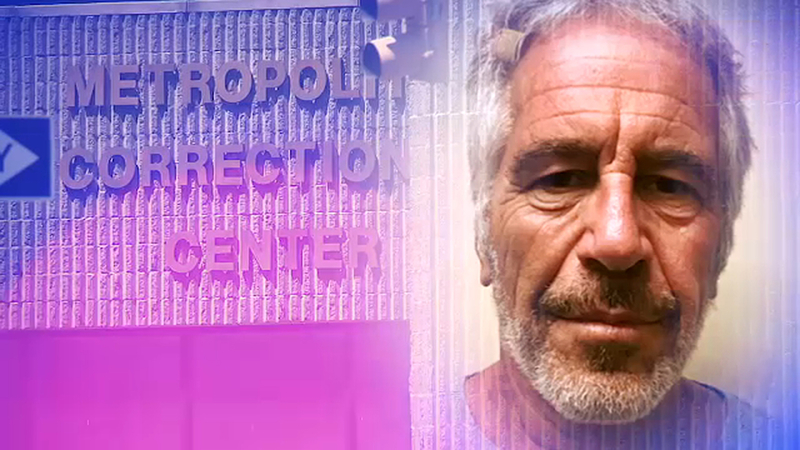 Reports obtained by Eyewitness News point to repeated warnings prior to Epstein's death about the lack of appropriate staffing within federal facilities that could impact the agency's ability to carry out its mission.

On Monday, US Attorney General William Barr called it appalling that officers at MCC had allegedly failed to check on Epstein every 30 minutes, as ordered, in the hours before he was discovered hanging in his cell Saturday.

According to sources, the two guards assigned to watch Epstein were both working overtime and one of the guards was on his fifth overtime shift of the week.

"I was appalled and indeed the whole department was, and frankly, angry, to learn of MCC's failure to adequately secure this prisoner," Barr said. "We are now learning of severe irregularities at this facility that are deeply concerning and demand a thorough investigation."

The potential for the irregularities Barr referenced had long been acknowledged in federal reports.

In November 2018, an investigation for the House Committee on Oversight and Government Reform found that, "misconduct appears to be largely tolerated or ignored altogether," by the federal Bureau of Prisons.

Another report that same month by the Inspector General for the US Department of Justice called, "the need to more effectively manage the federal prison system... a top challenge for the department... for the seventh straight year."

The report also indicated staffing shortages were impacting the BOP's ability to carry out its mission and had forced the agency to assign, "non-corrections staff to perform correctional officer duties."

More recently, in April, several members of Congress also wrote a letter expressing concerns about the impact of staffing shortages in federal facilities.

Eric Young, president of the American Federation of Government Employees Council of Prison Locals which represents employees at MCC released a statement following Epstein's death addressing what he described as dangerous staffing levels that have resulted in mandated overtime and many correctional officers working 70 to 80 hour weeks.

"For years, the Council of Prison Locals has been sounding the alarm about the hiring freeze instituted by President Trump in the Bureau of Prisons, the thousands of staff vacancies in our prisons that have resulted, and the dangerous conditions these staff shortages have created for workers and inmates in our federal prisons," Young said, implying that it was only a matter of time before someone lost their life.

Barr promised Monday to "get to the bottom of what happened" and hold those responsible accountable.