Four families left out in the cold after Jersey City fire 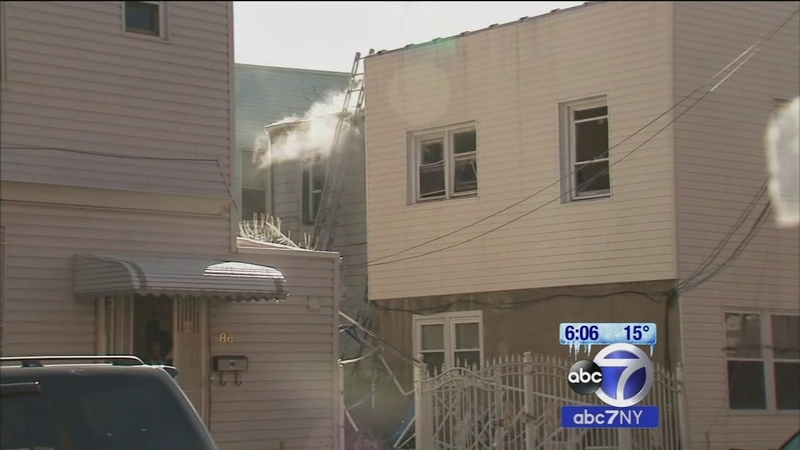 JERSEY CITY, New Jersey (WABC) -- Four families are now left out in the cold after a fire destroyed their homes early Sunday morning.

Wires and trees limbs in front of the Jersey City building were covered in ice from the water sprayed onto the blaze. The cold, plus the wind created serious challenges for the firefighters.

70 firefighters in all responded to the home on Marion place around 9:30 a.m. Flames spread quickly because of high wind gusts.

"The smoke was crazy. The whole place was smoke. You couldn't even get anywhere close to it," says neighbor Jesse Spilotris.

No residents were injured, but four families were displaced - among them were several young children. The families are now staying with friends as they try to rebuild their lives.

Three firefighters were injured, but they are expected to be okay. While the cause of the fire remains under investigation, officials say they think they know where the flames started.

"Upon arrival, they had heavy fire on the rear first floor in the rear of the bathroom. The fire extended up to the second floor, and then ultimately to the exterior," says Fire Chief Darren Rivers.

Residents will be displaced for about two months. The Red Cross is assisting the families.