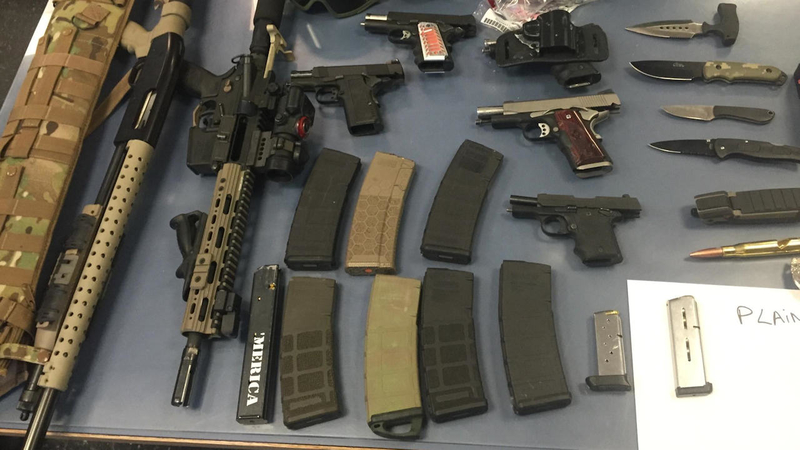 JERSEY CITY, New Jersey (WABC) -- The three people arrested outside the Holland Tunnel for allegedly having a cache of weapons are trying to have the case tossed.

A court hearing was held Thursday for John Cramsey, Dean Smith and Kimberly Arendt in New Jersey, with their attorneys arguing that the officer illegally pulled them over last year.

That officer took the stand, saying he pulled the vehicle over for a crack in the windshield. It was then he discovered a loaded magazine on the console and asked if there were any weapons inside.

The defense claims they were stopped because of gun-related markings on the vehicle and that the search that uncovered the weapons was illegal.