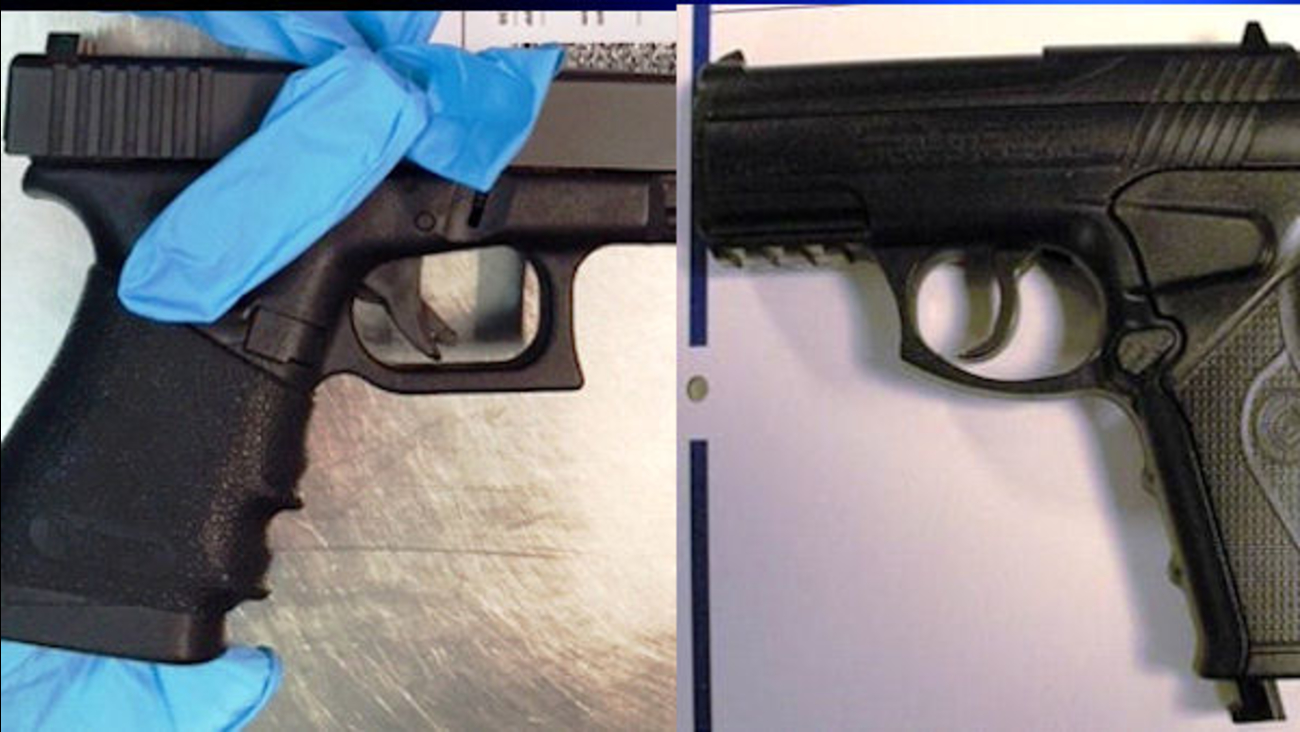 NEW YORK -- Federal officials say two women with guns in their handbags were stopped at checkpoints within 90 minutes of each other at John F. Kennedy International Airport.

The Transportation Security Administration says officers found a BB gun in one woman's bag around 5:45 a.m. Thursday. The Brooklyn resident, whose identity was not released, got a summons.

Then, separately, officers said an X-ray machine detected a .40-caliber, semi-automatic unloaded handgun in another woman's purse around 7:15 a.m. The agency says 40-year-old Nerelis Beatriz Wiseman, of Chatham, told officers she forgot she had the weapon with her.

The TSA says Port Authority of New York and New Jersey police arrested her on a weapons charge.

Travelers can fly with guns in checked luggage, but not in carry-on bags.