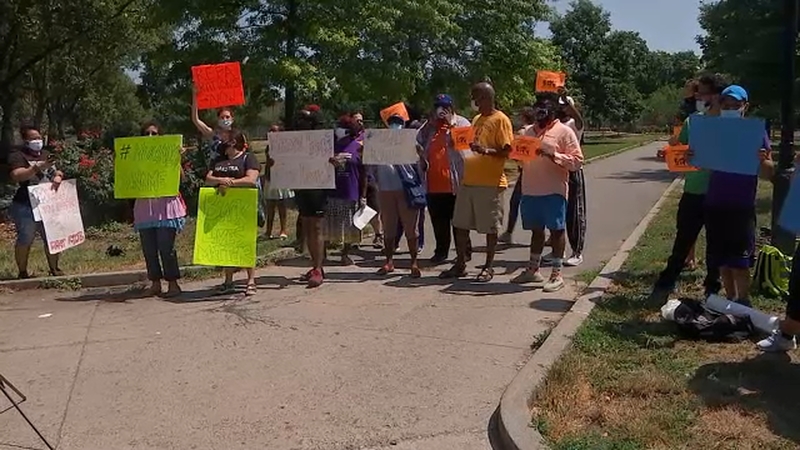 HIGHBRIDGE, Bronx (WABC) -- There is a movement to rename one NYC park named after a man who is credited as the Father of Bronx Parks, but is also notorious for his racist views.

Activists want to rename the 15-acre Mullaly Park in the Highbridge section of the Bronx.

"John Mullaly was a racist. He believed that Blacks were inferior and that New York should not be fighting to free Blacks in the Civil War," one activist said.

Mullaly is credited for creating an area of six parks connected by three parkways. But there is more to his story.

"He was an instigator for the New York City draft riots in which 11 to 19 New York City residents were lynched," said Chauncey Young with Bronx Council for Environmental Quality.

This comes as there have been calls nationwide to remove symbols of systemic racism.

"Somebody who was racist, someone who thought Black people were inferior, should not be a name for a park in a community that is mainly Black and Latino," Young said.

If Mullaly's name is stripped from the park, activists hope its new name would better represent the community around it.

"There are other great leaders and people who have been here that have been invisible like John Ceder Lyons who was an entrepreneur who was Black in this community," Dist. 77 Leader Yves Filius said.

"I would like to change the name to Elson Howard Park, because Elson Howard was the first man to be hired by the New York Yankees in 1955," said President of the NY Walkers Club Lon Wilson.

The Parks Department is considering the request and said in a written statement, "We are in introspective times, and appreciate that how our parks are named impact Black communities and the communities in which they sit."