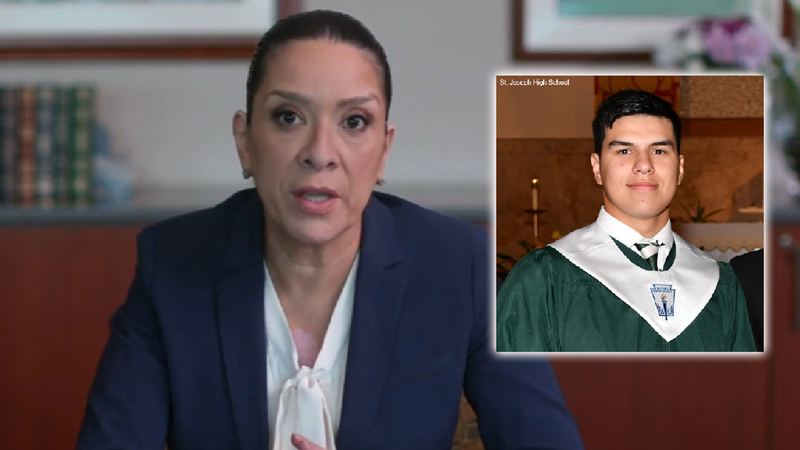 Judge whose son was murdered at their home returning to bench

NORTH BRUNSWICK, New Jersey (WABC) -- The New Jersey federal judge whose son was killed in an attack meant for her will return to the bench on Monday.

Judge Ester Salas' 20-year-old son, Daniel, was fatally shot and her husband what injured last summer when Manhattan lawyer and self-described antifeminist Roy Den Hollander posed as a deliveryman and opened fire at her home.

Salas previously said the July 19 attacks were gender and racially motivated, but it's unclear if there were any other reasons why he targeted her.

Salas is now pushing to pass legislation that would scrub the personal information of judges off the internet.

"I am begging those who are in power to do something," she said. "For my family, the threat was real and the free flow of information from the Internet allowed this sick and depraved human being to find all our personal information and target us."

However, Salas said earlier this month that FBI agents discovered new information in a locker belonging to Hollander.

"They found another gun, a Glock, more ammunition. But the most troubling thing they found was a manila folder with a workup on Justice Sonia Sotomayor," Salas said in an interview with CBS News' "60 Minutes."