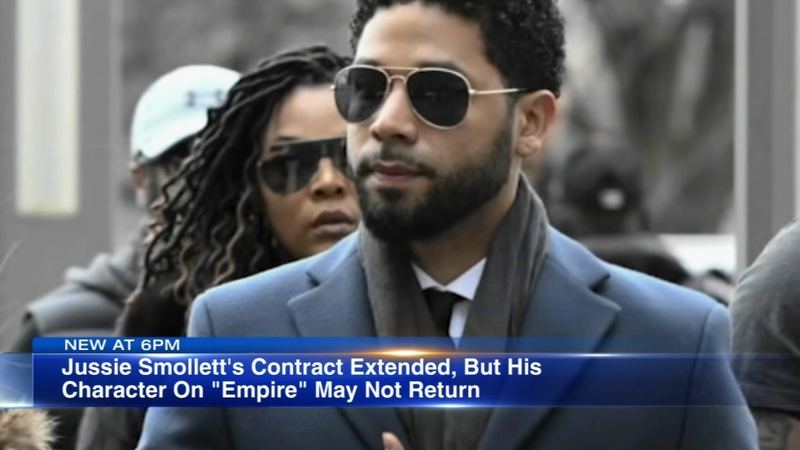 Jussie Smollett's contract extended, no plans for character to return to 'Empire'

In a brief statement released jointly by the studios, they said "by mutual agreement, the studio has negotiated an extension" to Smollett's contract for seasons six of "Empire," but added "at this time there are no plans for the character of Jamal to return to 'Empire.'"

A spokesperson for Smollett issued a statement, saying, "We've been told that Jussie will not be on 'Empire' in the beginning of the season, but he appreciates they have extended his contract to keep Jamal's future open. Most importantly, he is grateful to Fox and 'Empire' leadership, cast, crew and fans for their unwavering support."