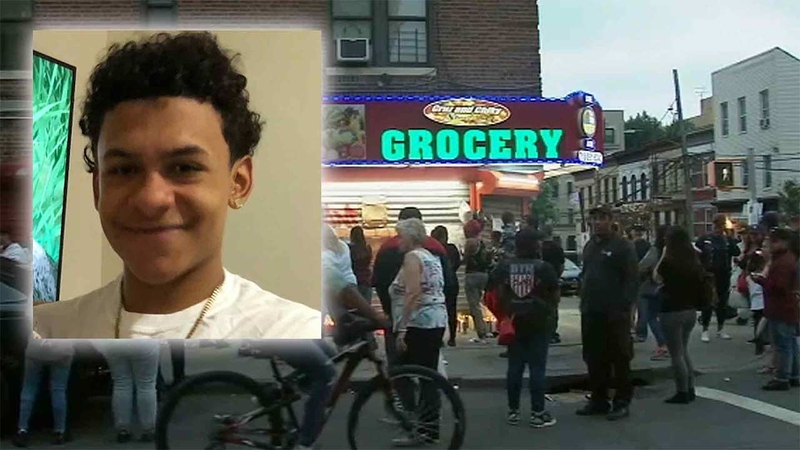 NEW YORK CITY (WABC) -- The mother of Bronx teenager Lesandro "Junior" Guzman-Feliz, who was killed in a brutal attack by gang members, is supporting a bill to have panic buttons in all bodegas.

"My son has already passed," said Leandra Feliz, mother of Lesandro. "They killed my son. We have to protect our future kids and our community."

His mother's goal is to push for a citywide bill called "Junior's Law," which would reimburse business owners for the cost of the panic buttons to keep the shops safe.

Once that button is pressed during an emergency, the authorities would be called immediately -- so far 31 council members, including city council member Mark Gjonaj, are backing it.

"This bill will make sure that safe haven continues to be one and give them the tools they need just in case someone has ill intentions," Gjonaj said.

In order for a business to be qualified, they must be open 24 hours a day, have less than 10 employees and be in a targeted area determined by crime statistics.

Officials say the bill is voluntary, costing a business owner between $600 and $1,000 upfront to install one of these panic buttons. That money would be reimbursed through this bill, and they say it will protect more than just customers.

"It will protect bodega owners, employees," Gjonaj said. "As we know it's a cash business and they are working night shifts. This panic button is going to save lives...a life costs more than $600."

Leandra said it's a small price compared to what she has already paid.

"If they thought about using this panic button before the murder, my son, I think, would be alive today," Leandra said.