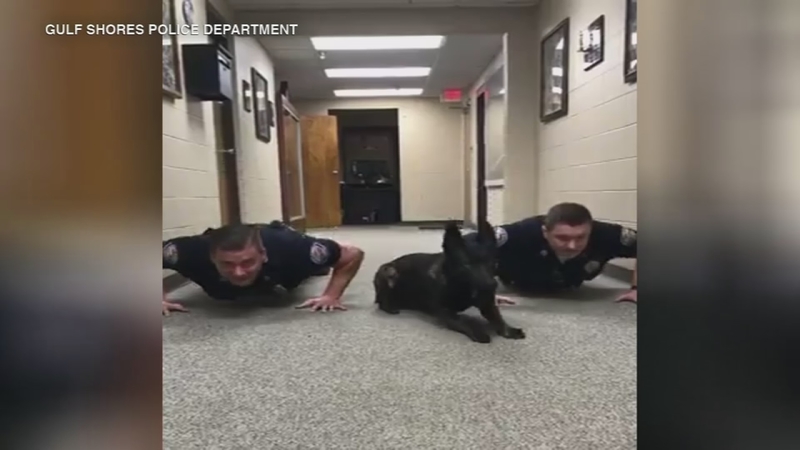 GULF SHORES, Alabama -- The Gulf Shores Police Department in Alabama put their newest K-9 to the test - a push-up test that is.

In a seven-second video posted to their Facebook page, Nitro is seen getting "warmed up" alongside two police officers, Officer Cowan and Officer Hancock, to Survivor's "Eye of the Tiger."

The two-year-old Dutch Shepherd's debut is part of holiday campaign "9 p.m. routine" that encourages residents in the community to "remove valuables and lock up before going to bed," according to Corporal Josh Coleman, the department's social media coordinator.

"Sergeant Bobo wanted to get the K-9 unit involved," Coleman told ABC News, adding, that Sgt. Bobo knew this video would "hit it out of the park."