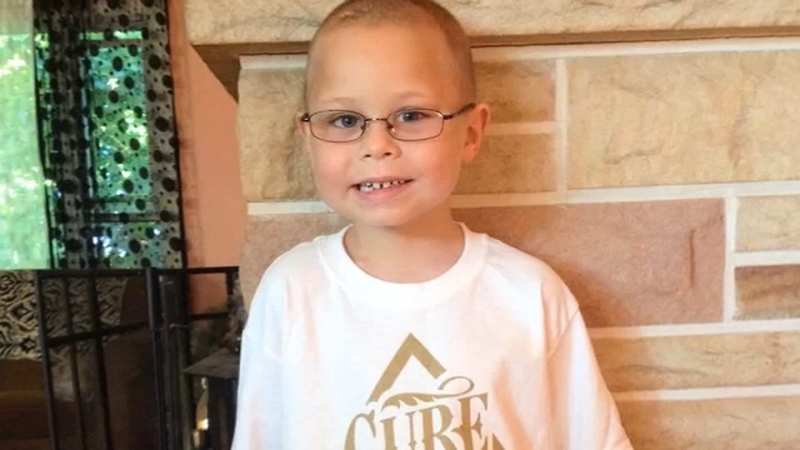 CHANHASSEN, Minnesota (WABC) -- A woman's generosity provided a perfect example of how fulfilling it can be to be kind to others.

The Good Samaritan surprised a young boy battling cancer with the trip of his dreams.

10-year-old Kadyn Czepiel from Pennsylvania was diagnosed with a stage 2 brain tumor when he was just three years old.

After multiple bouts with chemotherapy and losing his vision in one eye, many people around him wanted to step in and help.

After hearing of the young boy's love for Prince, Tracy Wilson, a total stranger to the Czepiels, launched a Go-Fund-Me in efforts to send Kadyn to Minnesota.

Nearly $6,000 later, Kadyn was off on a memorable trip to see his idol's home.

On Sunday, he had a chance to check out the tribute to Prince outside Paisley Park.

"It's so great, we got to see his house and we're going to be able to see some other things that he used to be at," he said.

Tracy Wilson says she knows that Prince would have approved of her actions.

Sunday marks the third anniversary of Prince's death, and the singer's hometown in Minnesota is hosting a series of special events to honor him.

WABC-TV's "Be Kind" campaign is an initiative that recognizes people, schools, and programs where acts of kindness -- random or otherwise -- are happening.