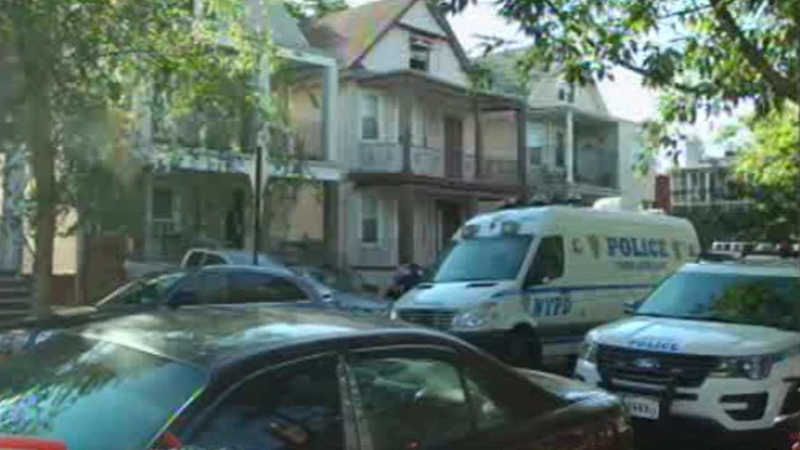 KENSINGTON, Brooklyn (WABC) -- Nearly six years after detectives uncovered the dismembered remains of an 8-year-old boy in a Brooklyn house, the brother of the man now imprisoned for killing the child was found dead in the same family home.

Police responding to a call from the family on Friday discovered the body of Tzvi Aron, bound, wrapped in a blanket and stuffed in a basement closet, a law enforcement official said.

Police are investigating the suspicious death of the 29-year-old man, who was found dead in the basement of 466 E. Second St., in Brooklyn just before 3 p.m. Friday.

That is the same home 8-year-old Leiby Kletzky's remains were found in 2011.

The bakery worker had last been seen on Tuesday. The death is being investigated as a homicide; Aron had recently been threatened but it wasn't clear why, the official said.

The medical examiner will determine a cause of death. The official wasn't authorized to speak publicly about an ongoing investigation and spoke to The Associated Press on condition of anonymity.

Levi Aron is serving 40 years-to-life for kidnapping and killing Kletzky.

According to the New York City Police Department, there was no sign of forced entry at the building and the victim's brother made the discovery.