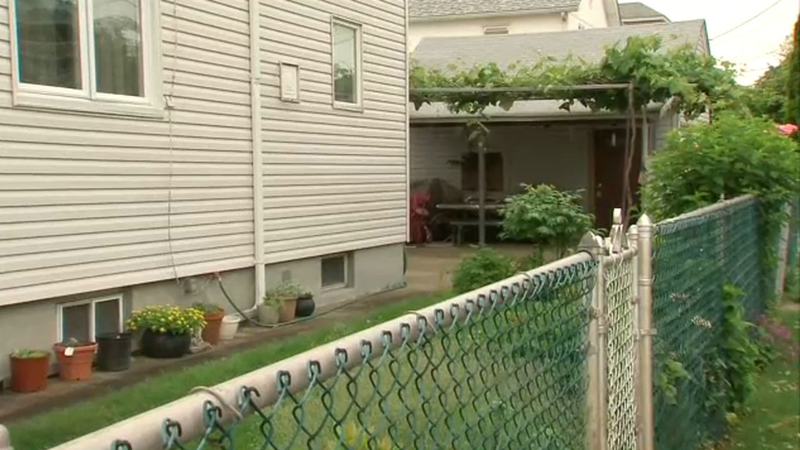 MINEOLA, Long Island (WABC) -- Two girls playing in a yard on Long Island say they were attacked by two men who tried to kidnap them.

The 8-year-old girls were playing in the yard of a home on Maple Place just before 5 p.m. on Tuesday.

Police say two men chased the young girls and one man pushed one of the girls to the ground and struck her in the face.

Both men ran away after the little girl screamed and kicked her attacker.

"Pushed my goddaughter down, she was able to first punch at him but she was able to get up and one ran one way, one ran the other way, screaming," the father and godfather of the victims said Wednesday. "The guys took off, it's just sad, 43 years, you cant even play in your backyard."

One of the men left in a dark-colored car and the other ran away in an unknown direction, authorities say.

Both men are described as men with beards who were wearing yellow pants and blue shirts.

The girls' families said they are still traumatized over what happened and they won't be able to rest easy until both men are behind bars.

"They are very emotional, very scared and we just tell them you did a good job," the father said. "Try to praise them as much as you can."

Police in Nassau County agree. They say the young girls did what kids should do, if someone tries to abduct them. "They can kick, they can scream, they can even bite if they need to," said Nassau County Det. Lt. Richard LeBrun.

Anyone with information is asked to call Nassau County Crime Stoppers at 1-800-244-TIPS.