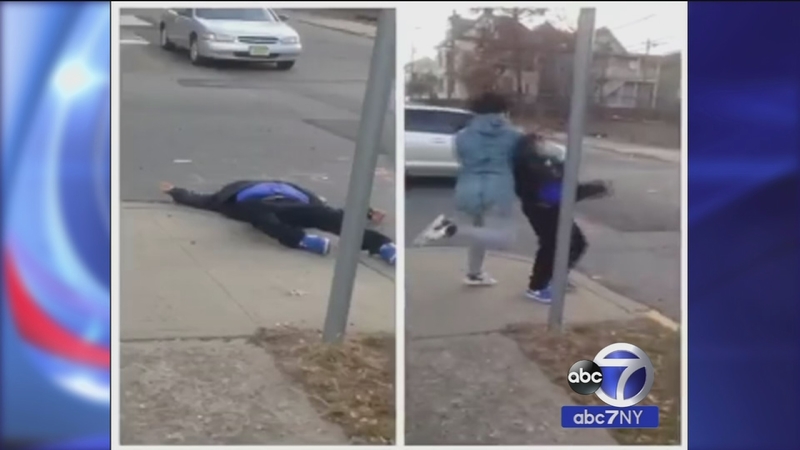 Teen who recored Paterson 'knockout' punch turns himself into police

PATERSON, New Jersey (WABC) -- A teen who was allegedly involved in a violent attack posted to social media has turned himself in to police.

The video shows an elderly man being punched in the face by a young man in December 2015.

The elderly man was getting ready to cross Rosa Parks Blvd. from Van Houten Street in Paterson.

A 16-year-old, who was heard in the video encouraging the aggressor turned himself in to Paterson Police on Saturday evening. He is being charged with aggravated assault and endangering an injured victim.

The 17-year-old attacker is still being sought by police.

Police Director Jerry Speziale released a video statement Friday on Facebook to the public about the video.

The condition of the victim is currently unknown.