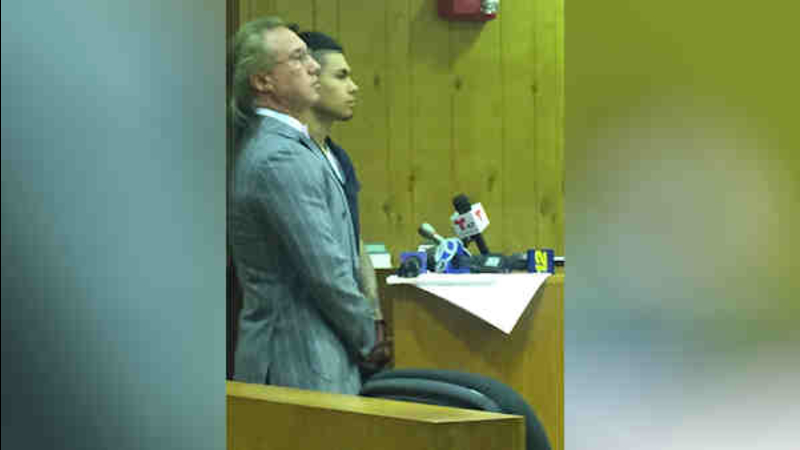 Kristian Gonzalez, 18, will be sentenced to three years in prison on September 30 and is expected to serve the term in a youth correctional facility.

Gonzalez surrendered to Paterson police in February for throwing a punch as part of a "knock-out game" trend. He was charged as a juvenile since he was 17 when it happened.
EMBED More News Videos

The video, which was posted on Facebook, shows Cesar Nejara being punched in the face in December 2015. Nejara was about to cross Rosa Parks Boulevard at Van Houten Street in Paterson when he was hit and knocked unconscious.

Afterwards, the 37-year-old street cleaner suffered from pain in the back of his head. He said he required stitches because of the assault, and his mouth was hurt.

During the plea hearing, Gonzalez admitted under oath that he did not know Najara, that the attack was not in self-defense, that his intent was to cause serious bodily injury, and that he knew the blow rendered the Najara unconscious.

Under the terms of the agreement, Gonzalez must serve 85 percent before being eligible for parole, which equates to two-and-a-half years.

Following his release, Gonzalez will be under parole supervision for three years. A violation of that parole could result in re-incarceration for whatever time remains of the three year parole term.