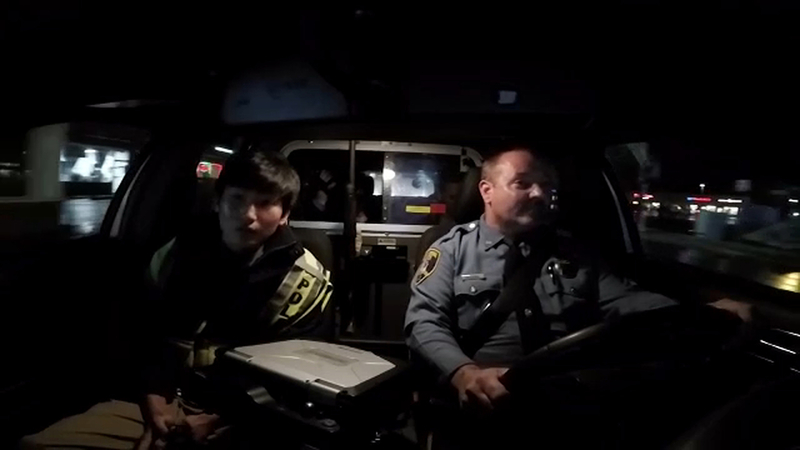 Daniel Kang, a high school senior, is planning to major in computer science next year and interested in maybe being a cop.

"They take a lot of stuff in, from regular people," he said.

Kang is part of a mentorship program, paired with a Saddle Brook police pfficer. And he is Korean-American.

There is a feeling here that there is a real interest among second generation Korean-Americans to pursue a career in law enforcement.

The problem is for those kids, they just don't know where to start.

"They never get any ideas. First step is how can I apply? What is that?", said Saddle Brook police officer Daniel Song.

In addition to being a cop in Saddle Brook, Daniel Song works with a group called the US Law Enforcement Coalition.

He says Saddle Brook has shown a real commitment to that outreach.

"I think there's been some barriers especially in the Korean-American community because law enforcement was not looked at as a profession that older generation Korean-American strived their children to be," said Saddle Brook Police Chief Robert Kugler.

It's funny, because it's also kind of true. That's why officials see these teens as a literal bridge to better police-community relations.

"It's not TV. But mostly in a town like this it's dealing with the public and helping people," said Saddle Brook Mayor Robert White. "So I think it's good because they see it, they talk to their friends and family."

"It's not all cops and robbers like you see on TV," said Saddle Brook police officer Matthew Benus.

These officers have a lot to teach these kids. And those kids have genuine thirst to learn as much as they can.

"I think having both perspectives, like let's say you're being pulled over and I know that this is a pretty big deal in our country right now," said Daniel Kang. "People are sort of scared of the police. So I wanna see the other perspective from the eyes of the police officer."