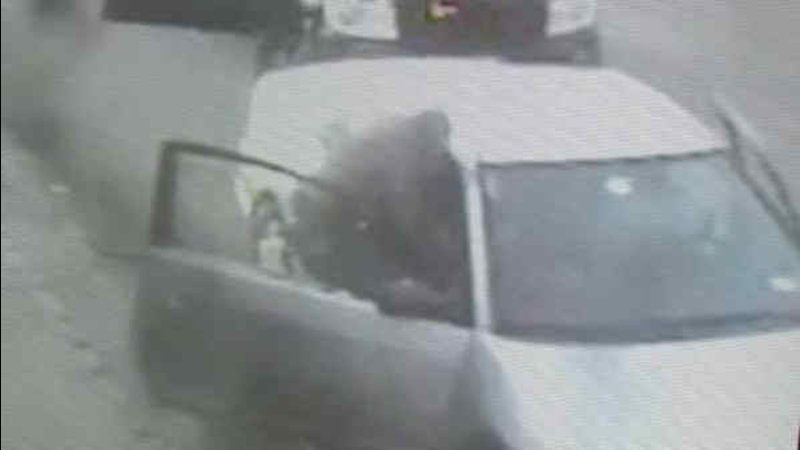 MINEOLA (WABC) -- A Nassau County police officer who was caught on camera punching and kicking a man during a traffic stop was acquitted on all charges Friday.

Harrington had previously dismissed a felony assault count while LoGiudice's trial was underway.

Surveillance video appeared to show 20-year-old Kyle Howell being beaten at a traffic stop, and prosecutors said that the 35-year-old officer punched and kneed Howell at least 18 times.

Defense attorneys claimed the officer's use of force was reasonable, necessary and justified, saying Howell had a criminal record and was resisting arrest when he suddenly lunged toward the glove box, making the officer fearful for his life.

The suit says Howell suffered a broken jaw, nose and eye socket. The officers said Howell had tried to swallow a bag of marijuana. Howell initially denied those allegations, but later told prosecutors he lied and was trying to toss the drugs when the officers pummeled him.

Charges were filed after video of the encounter surfaced.

This was the key part of Judge Harrington's ruling:

"Kyle Howell has testified that in attempt to prevent himself from getting 'arrested for a marijuana charge and facing a violation of probation and possible jail, he threw himself across the console of the car to grab the bag of a marijuana from the glove box. He stated that he knew that what he was doing could cause the police to perceive it in a dangerous way; that the police might think that he was posing a risk to them and they might think he was reaching for a weapon. Yet he continued to do what he was doing.

"It can come as no surprise then to Mr. Howell, that the defendant did think all those things as he ran back to the passenger side after seeing Kyle Howell lunge across the car. Despite repeated request from the defendant, Kyle Howell never opened his hands to show the officer that he had nothing of danger. While there is no doubt that Kyle Howell suffered an injury, the People have failed to prove their case beyond a reasonable doubt that the actions of the defendant were not justified."

Howell's family is now calling for a federal investigation.

"Justice can never be served in this country as long as prosecutions like this are permitted," family attorney Amy Marion said. "We continue our request for a federal investigation and prosecution."

Supporters left court with their hands up chanting, "Don't shoot me. Don't beat me."