PHOTO: Toyota Prius drives back onto hood of another car in Hollywood 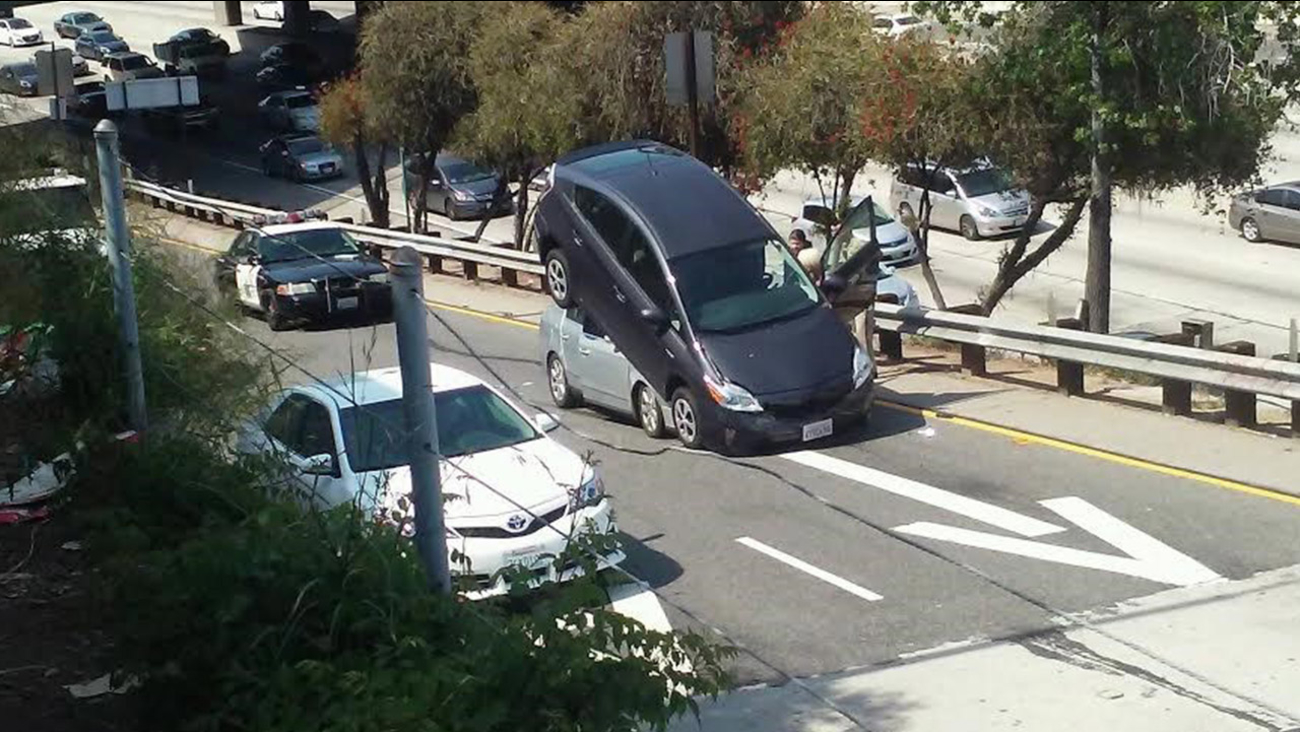 A Toyota Prius drove back onto the hood of another vehicle off the northbound 101 Freeway at the Hollywood Boulevard ramp Saturday afternoon. (Matt Lazarus)

HOLLYWOOD, Calif. -- A Toyota Prius drove back onto the hood of another car off the northbound 101 Freeway at the Hollywood Boulevard off-ramp Saturday afternoon.

California Highway Patrol officers were called to the area at 2:45 p.m. Pacific Time. No arrests were made. It was unclear if the incident was caused by road rage.

Witness Matt Lazarus said he was idling at the exit, when he heard a thump and saw the Toyota Prius drive onto hood of the car two cars in front of him.