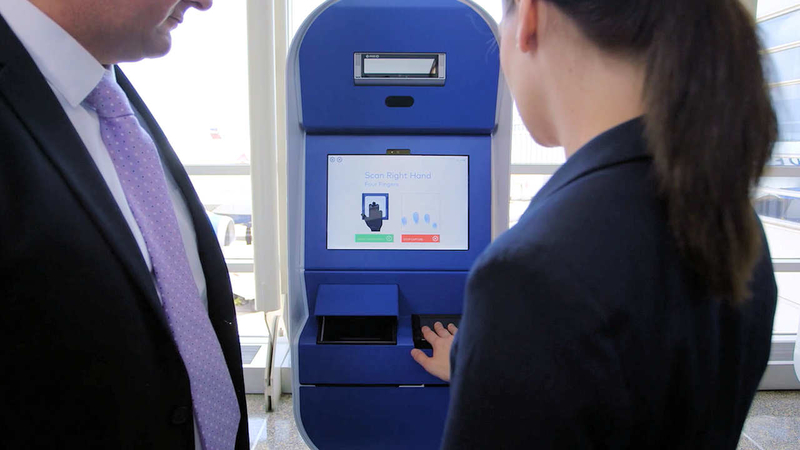 EAST ELMHURST, Queens (WABC) -- Instead of waiting for a TSA agent to review an ID and boarding pass, LaGuardia Airport (LGA) will offer a biological identification eye and fingerprint scanning in an attempt to speed up security lines and reduce wait times. According to the TSA, the program debuted Wednesday at LaGuardia's Delta terminal, before expected expansion.

The services comes in the wake of reportedly long lines at LGA and nearby John F. Kennedy Internation last summer and during peak times.

For access to the service, provided by a private company called CLEAR, travelers must reportedly enroll at a cost of $200 per year. If CLEAR is offered in the terminal from which travelers are departing, they can bypass the lines of people waiting to have their ID and boarding pass checked before getting to the TSA security checkpoint.

CLEAR says new members can enroll at the airport and receive a one-month free trial and use the program immediately.

According to CLEAR, availability is offered at LGA in terminal D, JFK in terminal two, and White Plains airport. CLEAR reports expansion plans at LGA and JFK.

According to the U.S Department of Homeland Security, CLEAR is certified as a "qualified anti-terrorism technology."