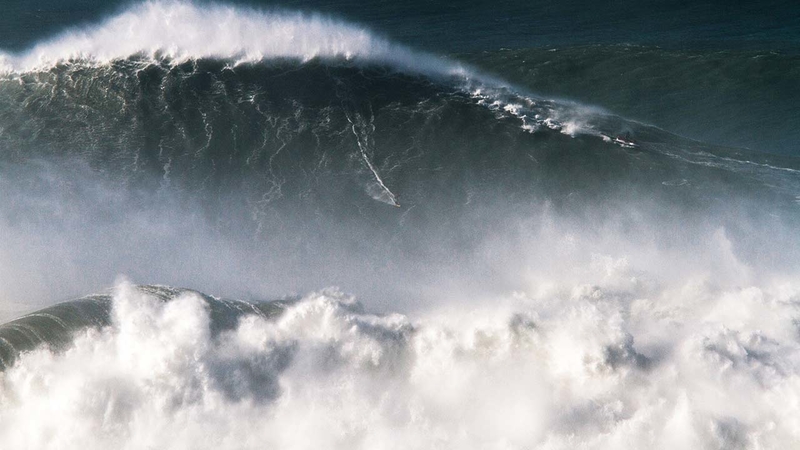 SANTA MONICA, California -- A Brazilian smashed the world record for the largest wave ever surfed when he rode a monster wave off Portugal.

The World Surf League's judges determined that a wave Rodrigo Koxa surfed at Nazare, Portugal, on Nov. 8 reached a height of 80 feet. The previous mark was by American Garrett McNamara in 2011 - 78 feet.

Koxa calls the award as "a dream come true."

The league announced the record at its Big Wave Awards in Santa Monica on Saturday. The group says it awards the surfer who "by any means available catches the biggest wave of the year."

Nazare is on Portugal's Atlantic coast between Lisbon and Porto.