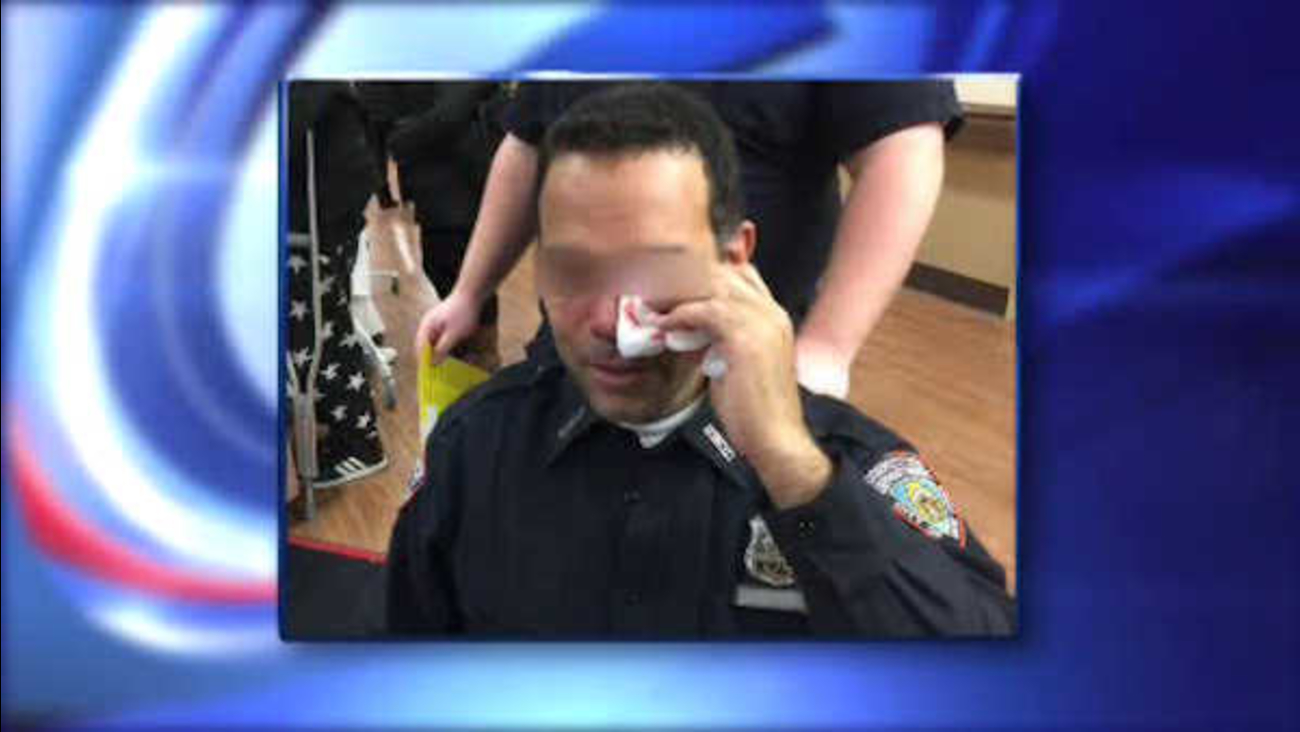 The 63-year-old male inmate was diagnosed with the disease on Monday. The inmate was admitted with an underlying medical condition.

The inmate was at the Anna M. Cross Center and came down with flu-like symptoms, officials said. The inmate was then taken to Bellevue Hospital.

City officials said it's unclear right now how he got the disease.

The city said no other jail is affected and this case does not appear to be related to the outbreak in the South Bronx that has killed 12 people and sickened more than 100 others, which the city said is tapering off.

Meanwhile, the Correction Officers' Benevolent Association said it's calling on the city's Department of Health and Mental Hygiene to work with the DOC to inspect all facilities where its members work.

"There is nothing more important for our city's leadership than protecting public health. The women and men who work in our city's jails deserve a city government that keeps them safe at all times, and this is just another example of where information is not being shared appropriately between the Department of Correction and the Department of Health and Mental Hygiene. The City is falling short," said Norman Seabrook, President of the Correction Officers' Benevolent Association.

A City Hall spokeswoman said all six of the Department of Correction's cooling towers had been disinfected last month and would be cleaned again.

Correction officials, City Hall spokeswoman Monica Klein said, have consulted with the Department of Health "and taken precautions to minimize the risks associated with this form of bacteria."

A teletype order that went out to correction officers Tuesday said no jails other than the one where the inmate was being held appeared to be affected and officials were cleaning the towers and shower heads "out of an abundance of caution."

The inmate had been housed at Rikers' largest jail facility for about seven months and was taken to a hospital over the weekend with pneumonia-like symptoms, testing positive Monday for the legionella bacteria, according to a city official not authorized to publicly discuss the case who spoke on the condition of anonymity.

Legionnaires' disease had not been detected for a few years at Rikers after a copper-silver ionization system was installed to disinfect the water system at one of the 10 jail facilities where the bacteria had been found, resulting in "quite a few" cases every year, the official said.

FULL COVERAGE: Click here to follow all of our coverage of the Legionnaires' disease outbreak in New York City