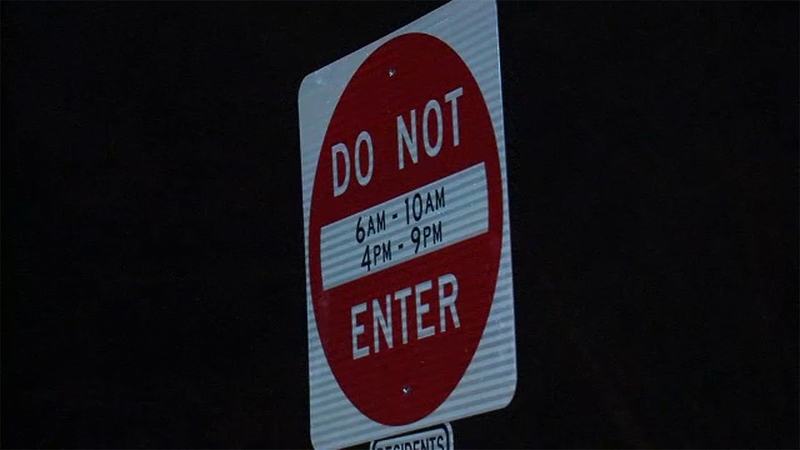 LEONIA, New Jersey (WABC) -- A ban that took effect Monday in a New Jersey town is closing streets to nonresidents during rush hour to curtail traffic.

Leonia is closing off access to local streets during the morning and afternoon rush hours. Violators could face a $200 fine.

Officials say it's all because popular traffic apps like Waze and Google Maps steer traffic onto Leonia roads whenever there is a major traffic delay heading to the George Washington Bridge.

Motorists who use the apps to find shortcuts are directed to use the tiny borough as a cut-through.

Officials say the subsequent congestion causes major traffic for locals and makes it difficult for emergency personnel to travel through the town.

Town residents have received yellow tags for their cars that allow them to travel on the shuttered roads.

The first two weeks will be a grace period in which police will issue warnings instead of tickets.

"There's a U.S. Supreme Court decision from 1977 that gives municipalities the absolute right to legislate restrictions on roads that are under their control as long as those roads are open to all residents and ours are. And as long as there's a public purpose," said Leonia Mayor Judah Ziegler.

As of Monday, the traffic apps that usually give the best ways to get around no longer indicated Leonia's side streets were a way to go.

Police Chief Thomas Rowe said studies have shown more than 2,000 vehicles often pass through town from just one of the three exits off Interstate 95. The town has about 9,200 residents and a police force of 18.

The three exits off a major highway and the proximity to the bridge, which connects Fort Lee, New Jersey, and New York City, put the town "in a unique situation here," Rowe said. "We are a small town in a very busy area with a very small police force."

Fort Lee, which sits in the shadows of the George Washington Bridge, already limits traffic on local streets for motorists heading to the bridge.