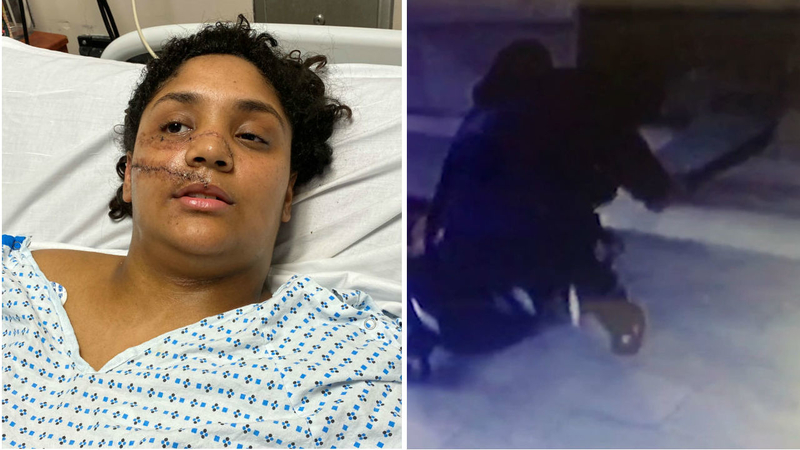 FORDHAM, Bronx (WABC) -- A 20-year-old woman was allegedly attacked and slashed by her estranged boyfriend last month after walking into her apartment building in the Bronx.

Lisbeth Acosta was reportedly attacked by 27-year-old Hector Delacruz, on Feb. 21 in the building on Grand Concourse near East 186th Street.

Delacruz, who is the father of the victim's 2-year-old daughter, allegedly attacked Acosta with a machete in the hallway.

"I saw he was trying to take out something... and I started running back to the lobby and started screaming, 'Help, don't let him kill me please,'" Acosta said.

Acosta said she moved into the apartment two months ago to get away from her boyfriend.

Their daughter was not present at the time of the attack.

Acosta was taken to St. Barnabas Hospital where she has gone through facial reconstruction and surgeries on her arm.

Now she says she wants justice for herself and her daughter.

Delacruz was quickly arrested by police after the attack and faces several charges, including attempted murder and assault with intent to cause serious injury.

He was indicted Tuesday on attempted murder and assault. He is due back in court in May.