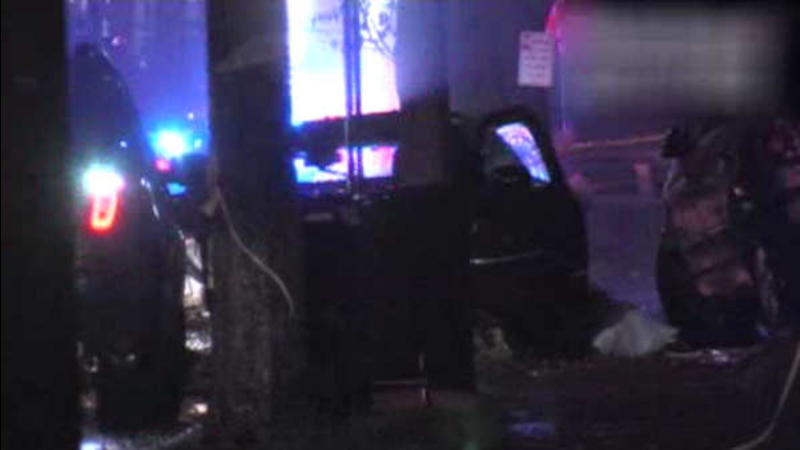 ORANGE, New Jersey (WABC) -- Police in New Jersey are searching for a suspect after livery cab driver was shot and killed late Wednesday.

The incident happened around 11 p.m. on Snyder Street in Orange.

Officers responded to a report of a motor vehicle crash and found the driver, 55-year-old Jonas Larose, of East Orange, dead of an apparent gunshot wound.

"It woke us up out of our sleep," area resident Harper Gary said. "I heard two pops and a crash."

The livery cab had slammed into and totaled a parked car, owned by a man named Mark who didn't want his last name used.

"He hit that tree, went on the sidewalk, then my car," he said. "He hit my car. His car was pinned against the tree."

No one has been arrested so far, and it's not known if the killer was a passenger or someone along the street. Police scoured the neighborhood looking for any video that may help them identify a suspect.

Larose brought his family from Haiti over 20 years ago. Eyewitness News spoke exclusively with his son.

"My dad, he mean a lot," said the son. "I don't know what words that I can use to describe my dad because he has done a lot for us. Before then, I was not going to be who I am today because he work a lot. So a day like this today, I'll never forget this day because I would never expect things like that would never happen."

The incident is being conducted by the Essex County Prosecutor's Major Crimes Task Force and the Orange Police Department.