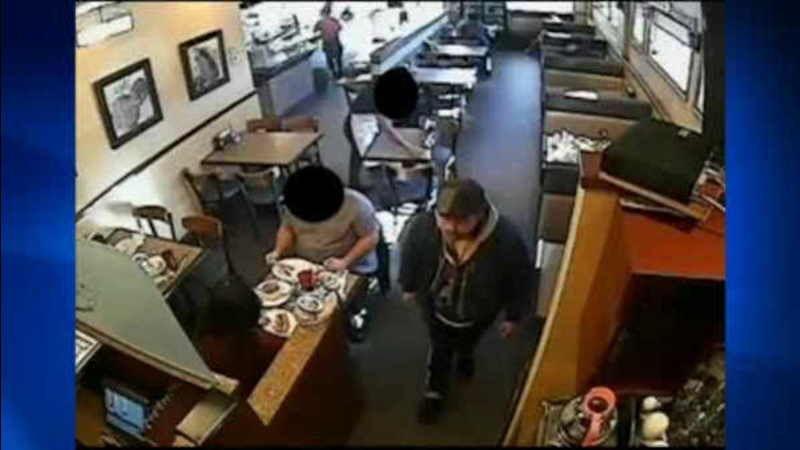 WOODMERE, Long Island (WABC) -- A Manhattan man is under arrest following the attempted kidnapping of a baby on Long Island.

Nassau County police responded to a psychotherapist's office, where a woman arriving at work found a naked man sleeping on a couch.

"I was shocked not scared. Really surprised," the therapist said.

Authorities arrested 44-year-old Craig Myczkowski, of the East Village, in connection with the incident involving the baby.

She was rolling a 20-month-old in a stroller in Woodmere Monday afternoon, when Myczkowski told her she was "pushing a dead baby," according to investigators.

After being able to enter the home with the baby and lock the doors, the 65-year-old sitter saw him enter an unlocked "Mud Room" and then attempted to open the kitchen door which she had previously locked.

After again yelling through the locked door, "Give me the dead baby", police say, Myczkowski was observed, as he left the scene, taking the empty stroller and walking eastbound on West Broadway.


Ironically, the homeless man found his way into a psycho therapist office in Hewlett. The therapist says her office smelled of urine and cigarettes when she arrived Tuesday morning. She immediately called for help.

"I think it's a coincidence that I'm a therapist. He's mentally ill. At least he had a comfortable place to spend the night," the therapist said.

The stroller was found abandoned at a nearby pizza parlor.

As for the office where he spent the night, Eyewitness News is told he took a book off the shelf, "The Road Less Traveled".

The therapist is hoping he finally gets the help he needs.

Myczkowski is charged with attempted abduction, endangering the welfare of a child, burglary, and petit larceny.