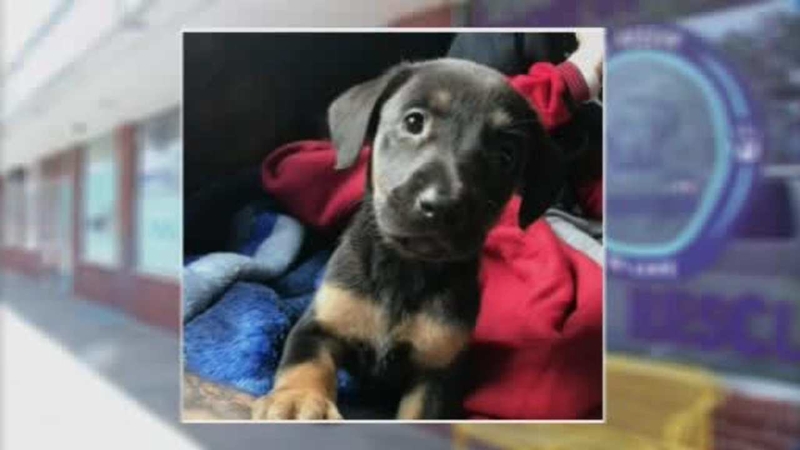 MIDDLE ISLAND, Long Island (WABC) -- It's a pet owner's nightmare: you bring home a new puppy only to find out your new pet is very sick.

It's a problem in one Suffolk County community.

The Suffolk County SPCA and the Attorney General's office both confirm they are investigating Friends of Freddie.

Kristen Addiss was thrilled when she adopted puppy Leila from Friends of Freddie Pet Rescue in Middle Island.

"We noticed she was shaking when we were in the store. We thought, new parents, new everything, we thought she was scared. When we got her home she started coughing," Addiss said.

Turns out it was pneumonia and distemper.

Leila had to be hospitalized.

"We would visit her every day on our lunch break and after work, and it was so hard seeing her get worse and worse," Addiss said.

In the end, Leila had to be put down.

Eyewitness News spoke exclusively with Addiss and three other people who adopted puppies recently through Friends of Freddie.

They say within days or even hours of purchase their pets were gravely ill.

"It's not fair that I thought I was getting a healthy dog and she wasn't healthy from the time I got her," said Kim Kondak, a Shirley resident. "I've had her for a month. She's been sick the whole time."

Amanda Stein says they immediately had to bring Lucy to the vet.

His owner tells Eyewitness News that the day after he was adopted he ended up in an animal hospital and died a month later from distemper.

Kenneth Harsch, Jr. showed Eyewitness News a video of his puppy Kody coughing right after he adopted him from Friends of Freddie.

Kody had advanced pneumonia and ended up in the ICU for nearly five days.

"How much money did Kody's treatment cost you?" Eyewitness News asked.

Friends of Freddie says on its Facebook page that it's a non-profit pet rescue dedicated to finding homes for unwanted dogs and puppies.

But the pet owners say they're not going to stop until Friends of Freddie is shut down.

"I've reached out to several other people and we're doing as much we can to make sure this doesn't happen to anybody else," Harsch Jr. said.