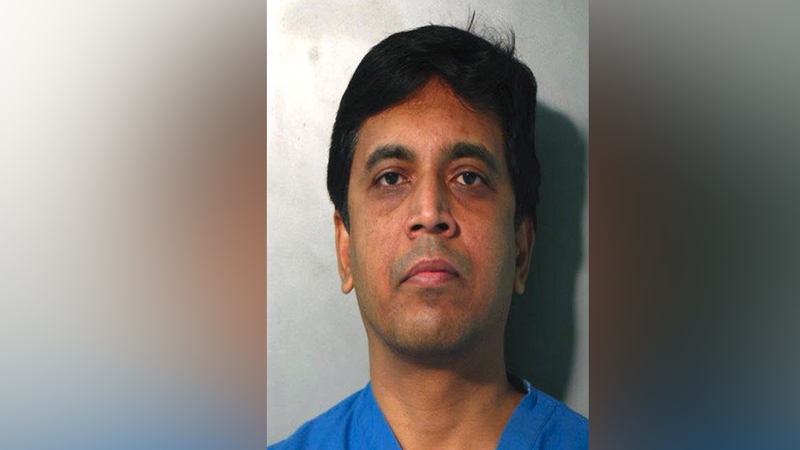 EAST MEADOW, Long Island (WABC) -- A Long Island surgeon has been arrested on charges of assaulting a nurse at Nassau University Medical Center.

Police say Venkatesh Sasthakonar of Albertson had a disagreement with the 51-year-old female nurse on Monday afternoon.

He allegedly approached her from behind and wrapped an elastic cord around her neck.

According to police, Sasthakonar left the hospital in East Meadow, but returned several hours later and was taken into custody.

The victim was treated for substantial pain to her neck.

Sasthakonar was arraigned Tuesday on charges of strangulation and assault. He is due back in court Feb. 26.

"Following the alleged incident that occurred on January 22, 2018, the hospital cooperated with the Nassau County Police Department. At no time was patient safety affected. The doctor has been suspended until further notice,"