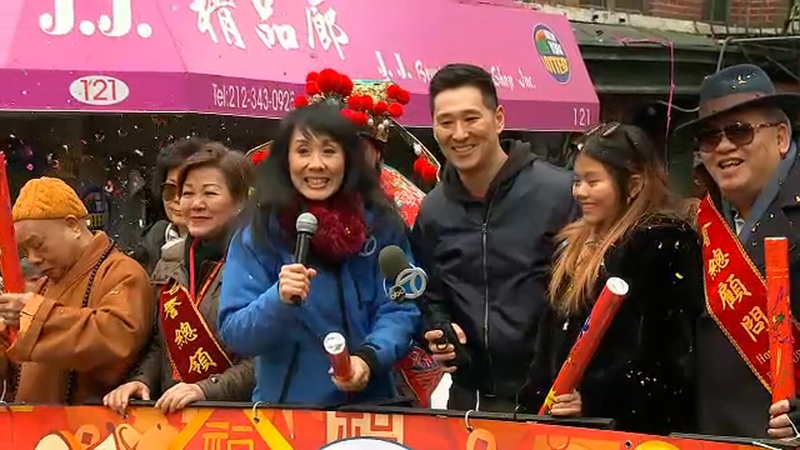 The parade kicked off at Mott and Canal Streets and wrapped up along Grand Street next to Sara D. Roosevelt Park.

Sunday's parade was the culmination of the New York City community's annual 15-day Lunar New Year observance that began back on January 25th.

That's when an enthusiastic crowd braved the rain for kick-off festivities on Manhattan's Lower East Side.


They were treated to traditional singing, dance and other live performances, a mayoral proclamation, well-wishes from a host of state and local officials and a spectacular fireworks display.

Happy New Year! It’s the year of the rat
My foo lions are ready to celebrate! The pair belonged to my parents. It makes me so happy whenever I see them! @abc7ny #chinesenewyear2020 pic.twitter.com/1II9XXxnGx

RELATED: What each food symbolizes during Lunar New Year

It marks the end of the coldest days, as people welcome spring and what it brings along such as planting and harvests, new beginnings and fresh starts. The holiday's purpose is to clean house, purifying evilness and assuring good and fineness year for the home's inhabitants.

Diana Rocco has more from Chinatown.