WABC
By By. Diana Rocco 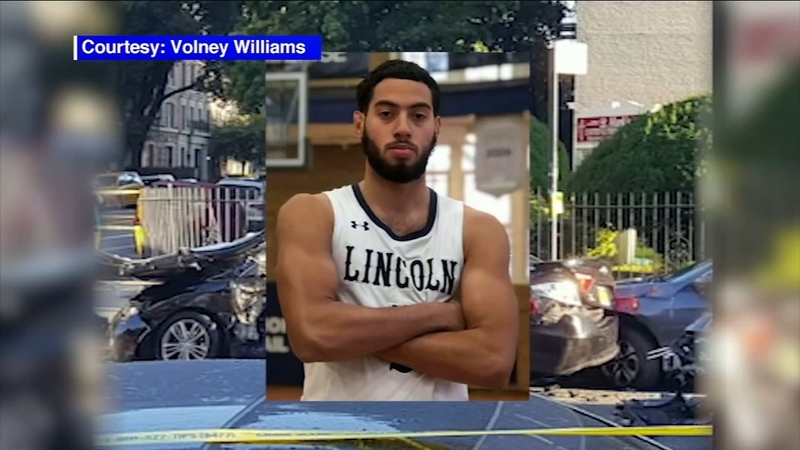 BROOKLYN, New York (WABC) -- A Brooklyn mother is praying for her son's recovery after a hit-and-run car crash left him in a coma.

"That's the worst feeling you can feel as a mother even as a human being," Jayra Espada said.

This distraught mom has been by her son's hospital bedside for the past week, after a hit and run left 18-year-old Isaiah Benloss in a medically induced coma with severe head trauma.

"Amazing he's an amazing kid ... love to play basketball," Espada said. "He knows he has a family that believes him, my faith is strong I trust in God that he is going to pull through this."

Benloss was on his way home from a friend's house last week early in the morning, when the Lyft he was a passenger in was hit by an Audi with three men inside.

The Audi hit several parked cars and then collided with the Lyft at the intersection of Ocean and Beverly Avenue, just blocks from his house.

"I told him to take the car because of all the shootings, it was dangerous to walk home," Espada said.

The three men fled, but Benloss had to be removed from the backseat of the car by the jaws of life.

He and the Lyft driver were both taken to Kings County Hospital. The black Audi was left on the scene.

Friends have started a GoFundMe page for Benloss, who just graduated from Lincoln High School and was enrolled at Staten Island Community College.

He still has brain swelling and a long recovery ahead.

Police have been looking at security cameras from nearby building hoping to get a better description of the men in that black Audi that fled the scene.

As for Benloss, his family is praying for a miracle.

His mom says her son is a fighter and she knows he will come back stronger.