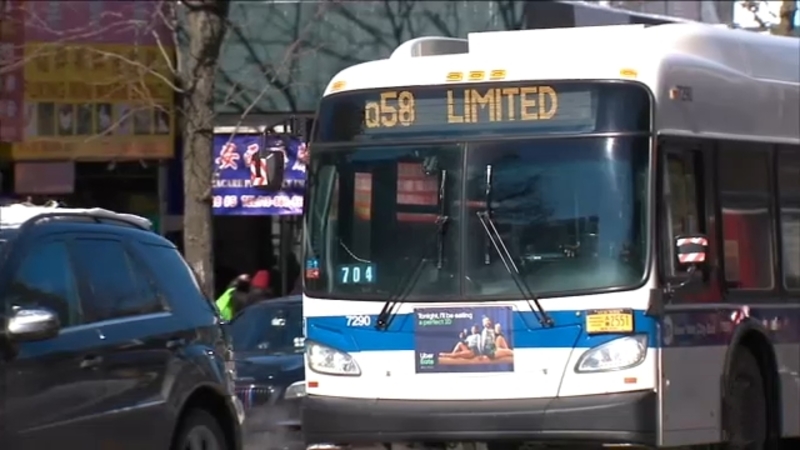 The 0.6 mile Busway allows for bus and truck priority on Main Street and Kissena Boulevard from Sanford Avenue to Northern Boulevard 24 hours a day, 7 days a week.

The DOT will continue to monitor the progress of the busway pilot, ending January 2022, as it remains committed to increasing bus speeds and automated camera enforcement of bus lanes across the city, two critical ways to keep New Yorkers safe and moving.

The corridor now has signage indicating regulations of the busway, and that the bus lanes are camera-enforced.

Only buses and trucks are permitted as through traffic, while all other vehicles are required to take the next available right turn.

The DOT issues warnings to motorists for at least 60 days prior to issuing violations, per state law, when the cameras are first operated to ensure that drivers are informed about the program.

Since violations are issued against the vehicle, not the driver, points are not deducted from motorists' licenses.

A single violation will cost $50, while under a state law passed in 2019, fines increase for bus-lane violations incurred in a single year to as much as $250 for a fifth offense.

A full complement of bus priority improvements including automated enforcement, bus lanes, service changes and transit signal priorities has been shown to improve bus speeds by 10% to 30%.

Due to new state legislation passed in 2019, the city is now allowed to expand the bus lane camera program as needed. The program was previously limited to only 16 routes. Additional camera-enforced routes will be added over time. DOT also works with the NYPD to enforce bus lanes citywide.