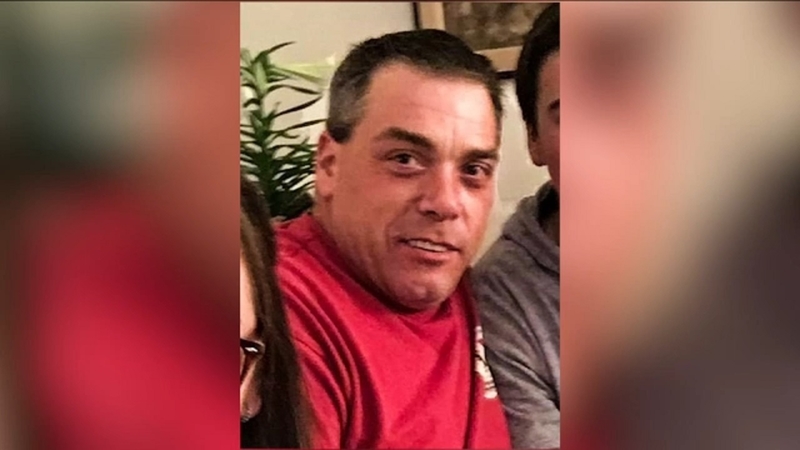 Her father, Mike Agurkis died the way he lived - helping a stranded motorist in a minivan along the side of a highway, where he was killed by a hit and run driver in a blue van.

"Not too many people nowadays would stop over on the side of the road and help a total stranger, but that's the type of person my father was. He would always stop and help everyone, and he was a great man and he'll be missed very much," said the victim's son, Tommy Agurkis.

It happened on the Nassau Expressway just outside JFK Airport at 8:30 on Friday night.

Mike was outside his car when the blue van caused a chain reaction, slamming into the minivan, which slammed into Mike.

Mike lived in a basement apartment in Atlantic Beach, Long Island. He was remembered as an upbeat, generous man and a good neighbor.

"I'm not surprised he would be doing something like that. It doesn't matter if he knew you or he didn't. That's the kind of person that Mike was," said Lisa Del Prete.

His family says Mike was a Good Samaritan and an inspiration.

"My children lost a father. I lost a friend that was there for me, helping me through my tough times. We lost a good man," said his ex-wife, Suzanne Agurkis.

"I think that the main message for me, and to help me feel better is to continue to do the right thing by other people. Don't be afraid to spread kindness. Stop on the side of the road," added Amanda.

His friends have established a GoFundMe page for donations to help his children.

Jim Dolan has more on the life and legacy of groundbreaking actress Cicely Tyson, who died at the age of 96 on Thursday.