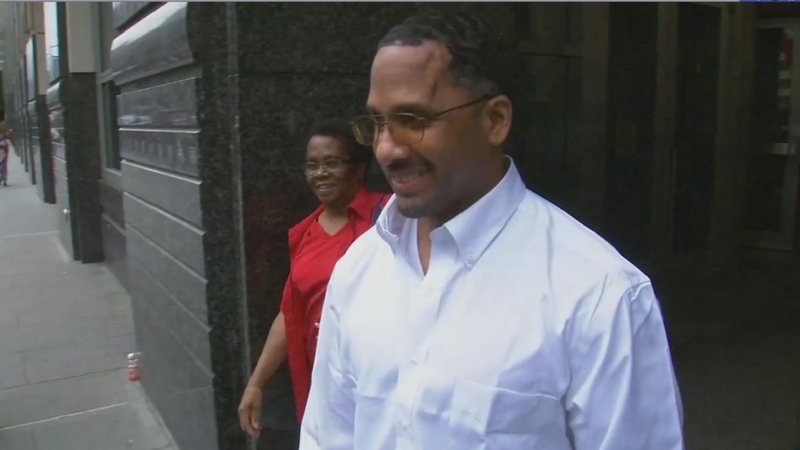 Man jailed for grisly murder given a second chance by judge

DOWNTOWN BROOKLYN (WABC) -- A man who was serving 25 years to life in prison for the murder of a drug dealer is getting a second chance after a Brooklyn Supreme Court judge concluded the prosecutor who won a conviction against Tasker Spruill "deliberately used false testimony and hid evidence" to send him to jail in 1998.

The Brooklyn District Attorney's Office said they are appealing the judge's decision and will seek a new trial, if it gets to that.

In the meantime, Spruill was released on $200,000 bail Thursday.

"I don't even feel like I can stand up," he said. "I'm shaking because I'm overwhelmed with the feeling of being released after 20 years and being with my family...But I give all the praise to God, and I'm thankful that the appellate division made the right decision."

It was an emotional reunion with his family more than 20 years in the making.

The 51-year-old said he never lost hope and always maintained his innocence, and now, anxious to begin a new life as a free man, he was warmly embraced outside the court by his mother, two brothers and defense attorneys.

"He has always maintained his innocence, and one of the key things was to continue fighting despite every single instance of a setback," attorney Rita Dave said. "So having the strength of family, and we just kept plugging forward."

But the fight is not over. In addition to the potential for a retrial, Spruill also continues to battle with several brain tumors and has lost sight in his left eye.

"Him coming home today is a blessing not only for him, but for my mother as well, and the rest of the family," brother Darrell Spruill said. "Hopefully, he's just going to get on with his life and just move on, go forward."

Wherever his journey leads next Spruill says he's grateful for the unwavering support of his family.