WABC
By Eyewitness News
ASTORIA, Queens (WABC) -- Police are searching for the men who robbed a Queens bodega at gunpoint and shot a man who chased after them.

Police say two men walked into the store on 36th Avenue in Astoria around 8:30 p.m. Saturday while a third stood outside as a lookout.

The two men pulled a gun and demanded cash.

After a scuffle, a 30-year-old man ran after the suspects and was shot in the leg about a block away from the bodega.

Police say all three men were wearing masks and dark clothing. They jumped into a van and got away with about $2,000.
EMBED More News Videos

Surveillance video showed the suspects inside the bodega.

The shooting victim, Mohammed Ahmad, is recovering in the hospital. 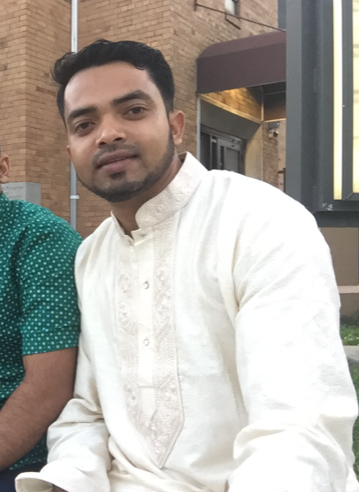 He lives in Jamaica, Queens and is married to the sister of the store owner.

#NYPD looking for 3 men who, posing as #police, barged into a bodega in #queens and at gun point robbed the store. A man who was there at the time chased the suspects who shot Mohammed Ahmed. The 30 yr old is in ICU waiting for doctors to operate to remove the bullet. @abc7ny pic.twitter.com/2T6ucuvBjN