2 men shot, including innocent bystander, after dispute in Manhattan 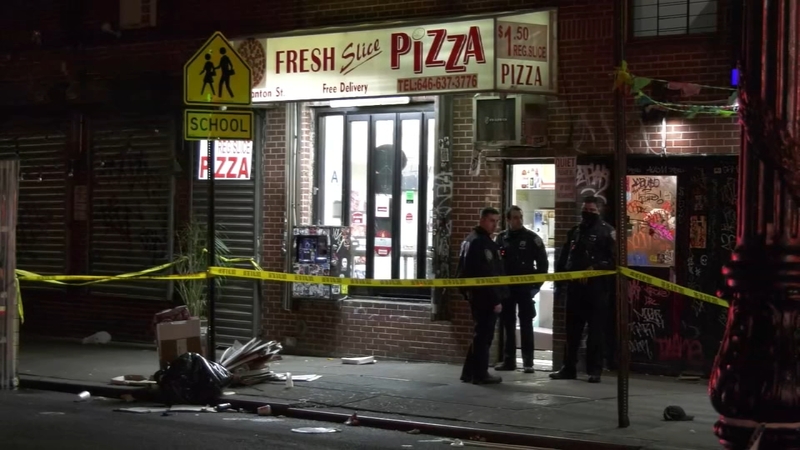 2 men shot, including innocent bystander, after dispute in Manhattan

LOWER EAST SIDE, Manhattan (WABC) -- An investigation is underway after two men were shot in Manhattan Sunday morning.

Police say the shooting happened around 4:15 a.m. in front of Ludlow and Stanton Street on the Lower East Side.

Naveen Dhaliwal has the latest developments from Forest Hills.

They say two men were involved in a dispute in front of the location when one of them pulled out a gun and started firing.

He struck the man he was arguing with as well as an innocent bystander, who was shot in the leg.

The intended target was shot in the groin.

Police say the innocent bystander was a worker at the location where he was shot.

Both victims were taken to Bellevue Hospital and are expected to survive.


There's no word yet on any arrests.