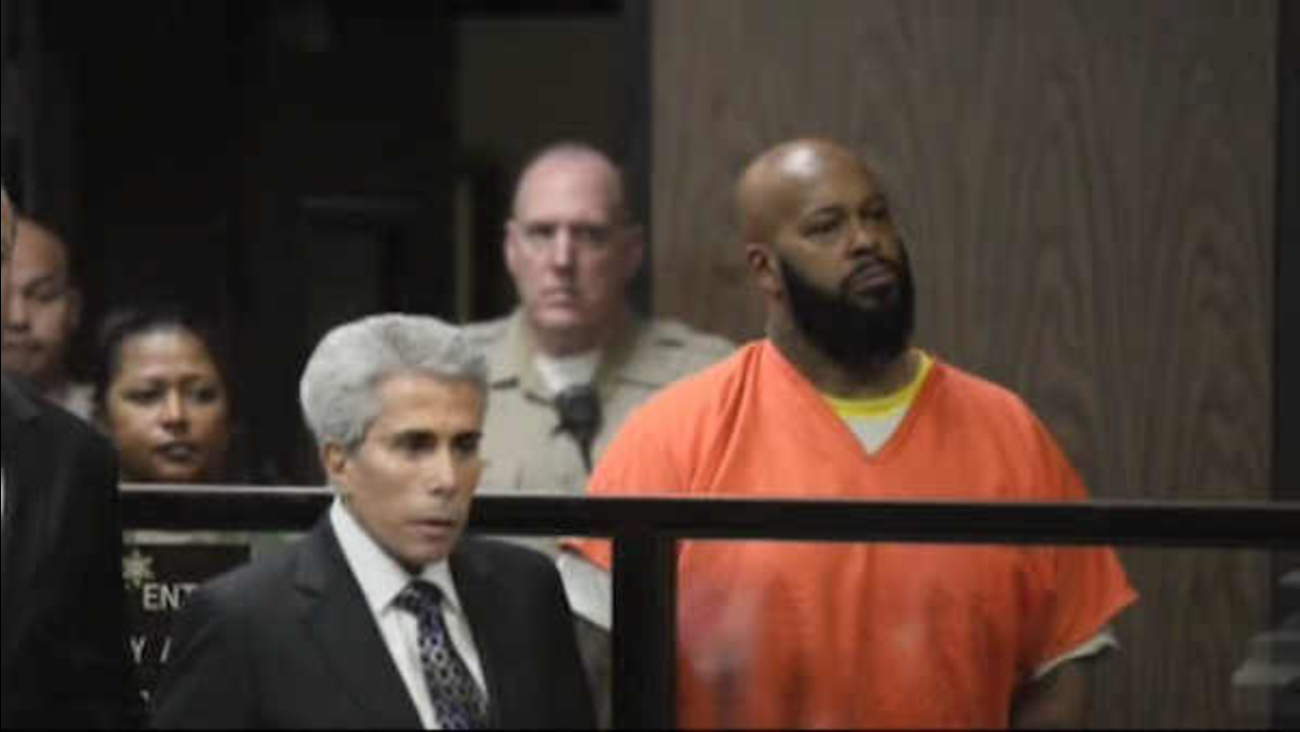 LOS ANGELES -- Marion "Suge" Knight will stand trial on murder and attempted-murder charges after the former rap music mogul struck two men with his pickup truck in January, killing one and seriously injuring the other.

Superior Court Judge Ronald Coen made the ruling Thursday after concluding a hearing that focused heavily on testimony from Cle "Bone" Sloan, who was hit outside a Compton burger stand.

Sloan told detectives that he attacked Knight but testified Monday that he didn't remember the fight and did not want to be a "snitch." Prosecutors played Sloan's statement to police, which offered a lucid, detailed account of the events Jan. 29 that led up to the deadly encounter.

Authorities contend Knight intentionally hit the men, killing Terry Carter, 55. Knight's attorney, Matt Fletcher, says his client was ambushed and was trying to escape Sloan's attack when he ran over the men.

Sloan's testimony demonstrated the difficulty in prosecuting Knight, who has gang ties and a reputation for intimidating witnesses.

"I will not be used to send Suge Knight to prison," Sloan testified, adding that he was only on the stand because he was subpoenaed.

Prosecutors granted Sloan, a former gang member who's known Knight for decades, limited immunity after he said he intended to invoke his Fifth Amendment right to avoid self-incrimination.

Knight, 49, was a key player in the gangster rap scene that flourished in the 1990s, and his label once listed Dr. Dre, Tupac Shakur and Snoop Dogg among its artists. Knight lost control of the company after it was forced into bankruptcy.

Sloan, an adviser on the upcoming film "Straight Outta Compton," said he was trying to forget details of the crash, in which he suffered two fractured ankles, a serious cut to his head, two torn knee ligaments and a shoulder injury.

Sloan's memory troubles prompted the judge to comment on his testimony: "I find that this witness is being deceptive."

The judge also heard from the lead detective investigating the case and watched security camera footage of the crash. The camera caught a limited view of the parking lot but shows Knight struggling with Sloan through the window of his truck before putting the vehicle in reverse, striking Sloan, then hitting him again and running over Carter while fleeing the scene.

Fletcher, Knight's attorney, pressed Sloan on his feelings toward Knight and whether he was "enraged" at him on the day of the crash. Sloan said he was mad but disputed that he told detectives he was enraged.

Fletcher also painted Sloan as the aggressor, saying Knight "hadn't attacked you in any form, fashion or manner. You agree?"

Knight faces up to life in prison if convicted in the case. He has prior felony convictions for armed robbery and assault with a gun. Knight pleaded no contest in 1995 and was sentenced to five years' probation in an assault on two rap entertainers at a Hollywood recording studio in 1992.

The rap figure was sentenced to prison in February 1997 for violating terms of that probation by taking part in a fight at a Las Vegas hotel hours before Shakur was fatally wounded in a drive-by attack as he rode in Knight's car near the Strip. Shakur's slaying remains unsolved.

Prosecutors only had to present a fraction of their evidence against Knight during the preliminary hearing that began Monday.