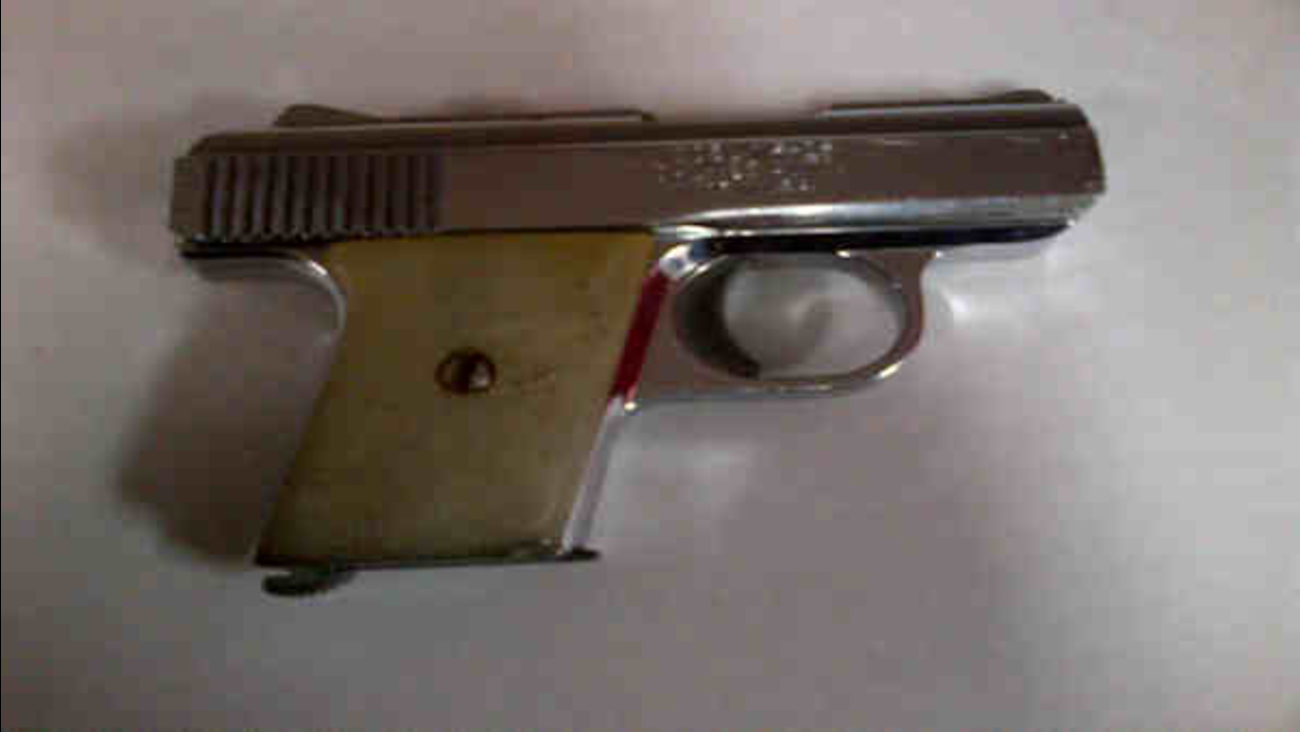 According to the NYPD, this .25 caliber Raven Arms firearms was recovered at the scene.

BROOKLYN, N.Y. (WABC) -- A man was shot in Brooklyn on Friday after police stopped him for allegedly operating an illegal livery van.

Marlon Cox, 29, of Queens, was arrested and charged with criminal possession of a weapon and resisting arrest.

Around 9:30 p.m., plain-clothed officers were patrolling in an unmarked police car when they saw a black 1999 Ford Econoline van they said was illegally operating as a livery vehicle by picking up a passengers near Avenue D and Utica Avenue.

The officers stopped the van at Utica and Foster avenues and found Cox in the front passenger seat with his hands in his pockets.

The officers told him to take his hands out, but the man refused despite numerous orders. According to the New York City Police Department, officers saw a gun in the suspect's hand and one of the officers fired, grazing the suspect on his right arm.

The officers were taken to Maimonides Hospital for tinnitus. The suspect was taken to Kings County Hospital where he is stable.