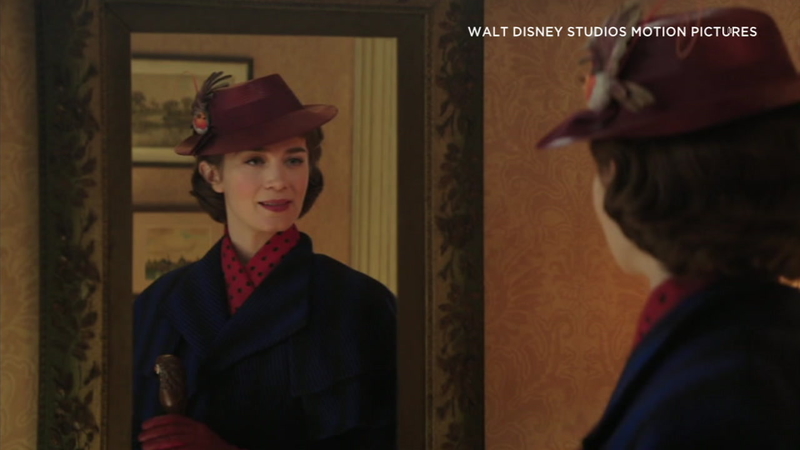 HOLLYWOOD, California -- Mary Poppins is known for traveling by umbrella, and it seemed particularly appropriate for the premiere of "Mary Poppins Returns" in rainy Southern California Thursday night.

The stars of the new film hit the red carpet in Hollywood for the release of the movie.

Julie Andrews and Dick Van Dyke made the original "Mary Poppins" in 1964, and it would go on to become a classic. Even though that was 58 years ago, this new film picks up 25 years later.

In it, the most famous nanny in the world returns to help the Banks family once gain. Actress Emily Blunt landed the iconic role.

"She does it so brilliantly and makes it her own," director Rob Marshall said. "You see her work in this film is honestly off the charts."

"He's just so magical," Blunt said. "What a perfect person to take on this film that honors yet carves out new space for itself. He's the most meticulous, brilliant, beautiful director."

Actor Jeremy Swift, who plays "Gooding" in the movie, spoke at the premiere about all the fun the film has to offer.

"It's got a sort of darkness in it but it's got some good comedy in it, and it's got great songs," he said. "People are going to be knocked out by these new songs, and they're going to walk out of the theater skipping out."

The animation in the movie is hand-drawn. Disney even brought back some of the animators from the original film to be a part of this version, too.

"Mary Poppins Returns" will be in theaters December 19.