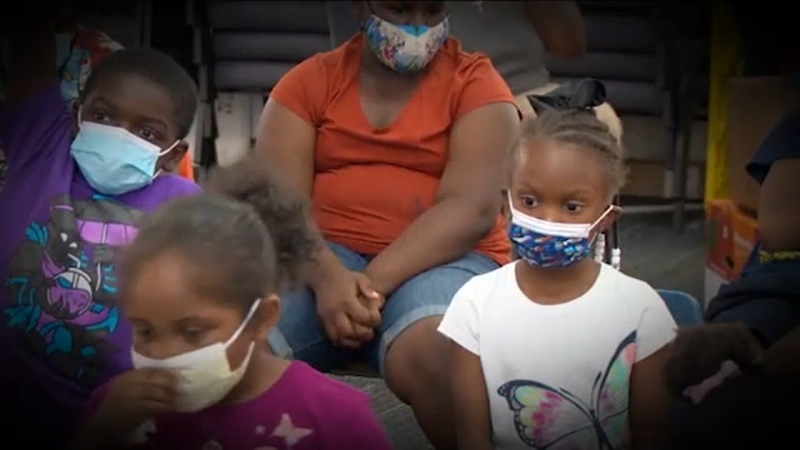 Mayor Eric Adams said he will decide next week if students and staff inside city schools can unmask after he takes a look at the numbers this week.

He said he will look at the same indicators before deciding if the Key2NYC mandate, which requires vaccines for restaurants, gyms and entertainment venues, could also go away.

Cameron Kluger, a senior at Styvesant High School, is looking forward to seeing the faces of his friends, without masks.

"I think it's going to be surprising to see some faces we haven't seen the first six months of school," he said.

Adams said he is giving businesses the week to adapt while monitoring the numbers, while the city employee vaccine mandate will remain in place for now.

For many, this is a step in the right direction.

"We think it's a fantastic thing," Keuka Kafe and Wine Bar owner Olga Sakhmo said. "People should come out and enjoy themselves."

Adams released a statement on Sunday, saying in part:

"I want to thank the millions of New Yorkers who have gotten vaccinated to help stop the spread. New Yorkers stepped up and helped us save lives by reaching unprecedented levels of vaccination. I also want to thank Governor Hochul for her partnership in the fight against COVID-19 and for making clear that parents should be part of this conversation. Additionally, New York City's numbers continue to go down day after day, so, as long as COVID indicators show a low level of risk and we see no surprises this week, on Monday, March 7 we will also lift Key2NYC requirements. This will give business owners the time to adapt and will allow us to ensure we are making the best public health decisions for the people of New York."

In addition, most school districts outside the city are lifting their mandates starting Wednesday.

"My friends, the day has come," said Hochul, citing recent CDC guidance which classified much of the state as "low risk" for coronavirus infection.

Hochul said there will be additional guidance for counties that have a higher positivity rate.

"We will lift the statewide requirement based on all the data," Hochul said. "However, there are some counties that have higher rate of transmission. We will allow them to determine what is best for their county."

She added that parents will have the choice to continue to send their children to school with masks and urged people to not bully those who still chose to wear them.

This announcement moves the original timetable up about a week. Hochul pointed to the CDC guidance and current metrics for making the decision sooner.