Mayor: 'Cowardly, horrible human being' who killed 10-year-old in Queens will be caught 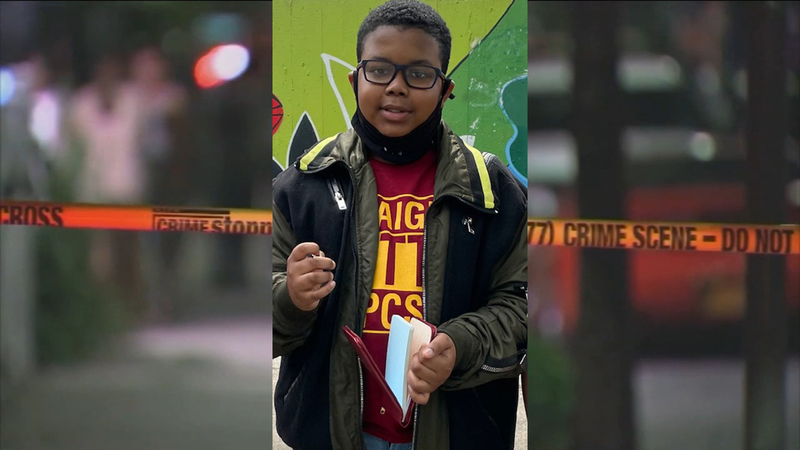 Mayor: 'Cowardly, horrible human being' who killed boy will be caught

"The killer will be found, yes, he will be brought to justice," de Blasio said. "He will suffer the consequences of what he did."

Wallace was killed inside his Far Rockaway home Saturday night after being shot in the torso.

His 29-year-old uncle was shot in the shoulder.

"I was in the Rockaways last night with the family of Justin Wallace, and it was just the most painful thing," de Blasio said. "It was horrible. Ten-year-old child should be alive today, should be in school right now, killed by a cowardly, horrible human being."
EMBED More News Videos

Mayor de Blasio says he vowed to the boy's family that the NYPD would bring their son's killer to justice.

Police say the gunman drove up to the home, pulled out a gun and started firing at that exact moment Wallace was leaving the home. He exited the home into the hail of gunfire, was struck, and collapsed.

"The pain that Justin's parents are feeling right now, no parent should ever go through that," de Blasio said. "No one should ever experience that. I'm going to speak as a parent myself. Every parent fears constantly, deep down, that they might not follow the way it is supposed to in life. You are supposed to see your children live their lives out. You are supposed to leave this earth ahead of them. These parents are grappling with the sudden shocking horrible loss of their beautiful 10-year-old child."

The NYPD has released surveillance video of the suspect in the deadly shooting of a 10-year-old boy in Queens.

Friends said they would often see Wallace walking through the neighborhood, the youngest of two children and the center of his parent's world. He was described as a good kid who would have dropped everything to help others.

"This young man, Justin, was 10 years old, would have been 11 on Tuesday," Queens Borough President Donovan Richards said. "This family was planning a birthday party for him. Today, they're planning a funeral."

Wallace was a fifth grader at Challenge Charter School, with his elementary school graduation set for Thursday.

Ten-year-old Kaylah Lungrin was his friend.

"I started crying, I felt miserable, I miss him, and I hope he's in a good place," she said. "He never left me sad, always had a smile on my face."

Just a few hours before he was killed, Wallace sent Lungrin a playful text about a dinosaur. She didn't get the message until Sunday, but by then, her friend since kindergarten was gone.

"His message popped up, and she said, 'I can't stay in the home. I have to go for a walk,'" mom Natalie Lungrin said.

NYPD Commissioner Dermot Shea and other top brass met with the family Monday.

"We're going to do everything possible to get justice, but this visit wasn't about justice," he said. "It's about letting them know we are there with them."

A memorial now sits at the spot Wallace took his final breath.

"We just wanted to come by and show him we love him, will always love him," parent Carla Small said. "He's in our memory and will remain in our memory."

De Blasio is also calling on the state to reform its parole system.

He says, too often, parolees are dumped into city shelters, more recently homeless hotels, without a job, healthcare or mental health support.

State Assemblywoman Maritza Davila is sponsoring a bill to offer those parolees a new path.

"We should not be releasing prisoners who will more than likely commit more crimes if they don't have services," she said.

De Blasio also says with more than 1,000 new cops just out of police academy, it is essential to put them in the right places. He also pointed to the Cure Violence initiative, saying those types of programs work.

But right now, shootings are up close to 70%.