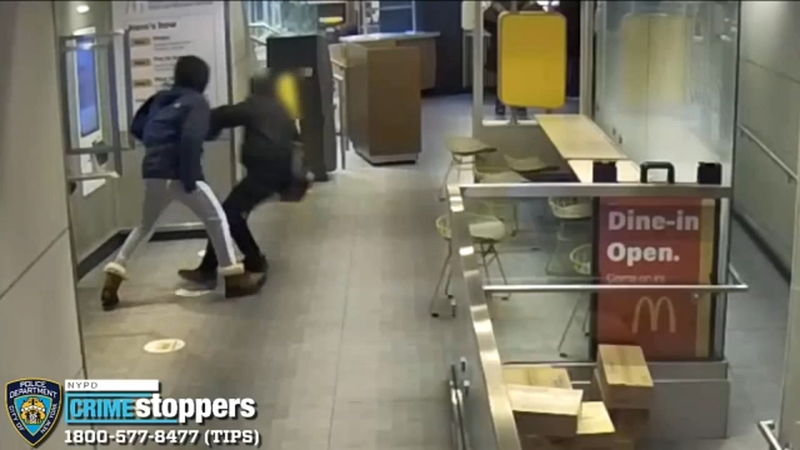 MIDTOWN MANHATTAN (WABC) -- Police have made an arrest after a man was brutally beaten and robbed inside a Midtown Manhattan McDonald's.

Rasheed Osundairo, 30, was arrested after he was recognized by an off-duty police officer while on the subway, taking up multiple seats, according to authorities.

Osundairo was additionally charged with an assault on the subway on March 23 and for criminal possession of stolen property said to be found in his possession at the time of his arrest Tuesday.

A group of tenants in the Bronx called 7 On Your Side Investigates after a homeless man started living in the stairwell of their apartment building. Dan Krauth has more on this development.

The victim remains in critical condition following the assault, which happened at 7:42 a.m. inside the fast-food restaurant on Seventh Avenue and 34th Street.

The 53-year-old man was trying to place an order at a kiosk when the attacker suddenly punched him in the face and demanded his wallet.

He then punched the victim and pushed him to the ground, where he kicked the victim in the head and robbed him of his cellphone and wallet.

The victim sustained a severe head injury and is in critical but stable condition at NYC Health + Hospitals/ Bellevue.

Mayor Eric Adams praised the officer who recognized the suspect.

"The officer notified backup and they made the apprehension," he said. "That officer did the job when he was off duty in the subway system. I take my hat off to him."