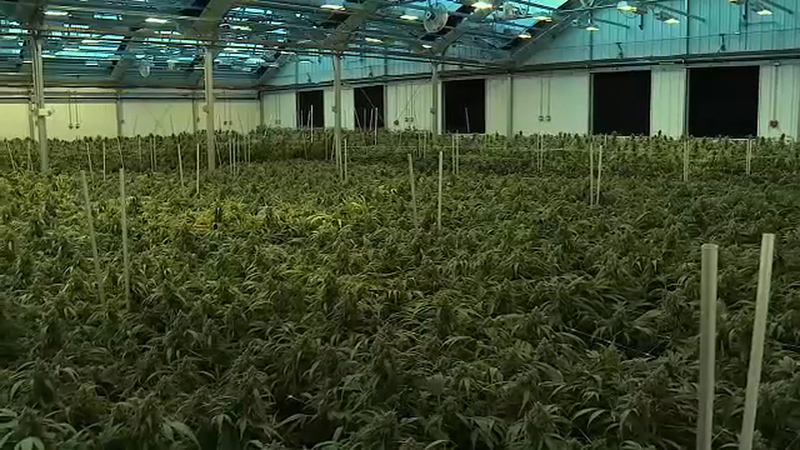 ORANGE COUNTY, New York (WABC) -- There is a battle going on in the marijuana industry in the state of New York.

Supporters of medical marijuana claim that without protection for medical pot stores, they'll be driven out of business should recreational marijuana be legalized, as is likely.

"Our industry would simply evaporate. It would go away," said Jeremy Unruh of PharmaCann.

About 60 miles north of New York City in Orange County, nestled between the farms, the fear is that legalization of recreational pot will push the medicinal industry to extinction.

PharmaCann is one of only 10 medicinal production facilities allowed in New York, a highly regulated state.

The result is medicinal pot in the Empire State is expensive. And the theory is patients will abandon this product and opt for the less expensive recreational.

That's why medicinal is asking Albany to allow them to serve recreational pot as well.

But that clashes with social justice advocates who argue that targets of criminal enforcement, low-income minority communities, should reap the financial rewards.

"That market is going to be gigantic," said Unruh. "We're only a very small piece of that. There's still plenty of opportunity."

A spokesperson for the governor tells Eyewitness News: "As this process moves forward, we will continue to engage all stakeholders to ensure New York's medicinal cannabis program is supported to serve the needs of all existing and future patients."

"Senior citizens in general, I have older family members that use it, and they would be completely lost if they didn't have some sort of medical guidance to shepherd them through the path," said PharmaCann Director of R & D Chris Diorio.

There is of course also the issue of serving patients with the right product.

"If somebody had a poorly functioning liver and took cannabis orally or a capsule with cannabis oil orally, their metabolism is going to change the effect," said Diorio.

The governor's proposal is now being debated by the legislature, with an expected deal to be reached sometime before April.