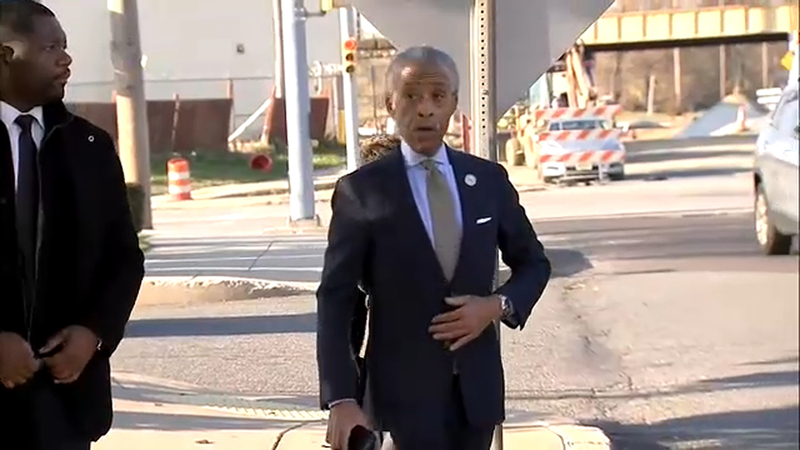 Meek Mill is behind bars at the Chester State Correctional Institution in Pennsylvania.

He was sentenced to two to four years in prison earlier this month after violating his probation for gun and drug convictions nearly a decade ago.

Neither the prosecutor nor parole officer in Mill's case asked for jail time.

Sharpton met with the rapper for about two and a half hours.

He says he hopes Mill will get a new hearing after the heavy sentence.

The North Philadelphia native served short stints in jail and home confinement following his conviction on gun and drug possession charges that could have resulted in a five to 10 year prison sentence.

He also was recently arrested two times - once in St. Louis for a fight in an airport where serious charges against him were later dropped and the other for reckless driving in New York City.