Makeshift memorial by jurors on anniversary of Etan Patz's disappearance 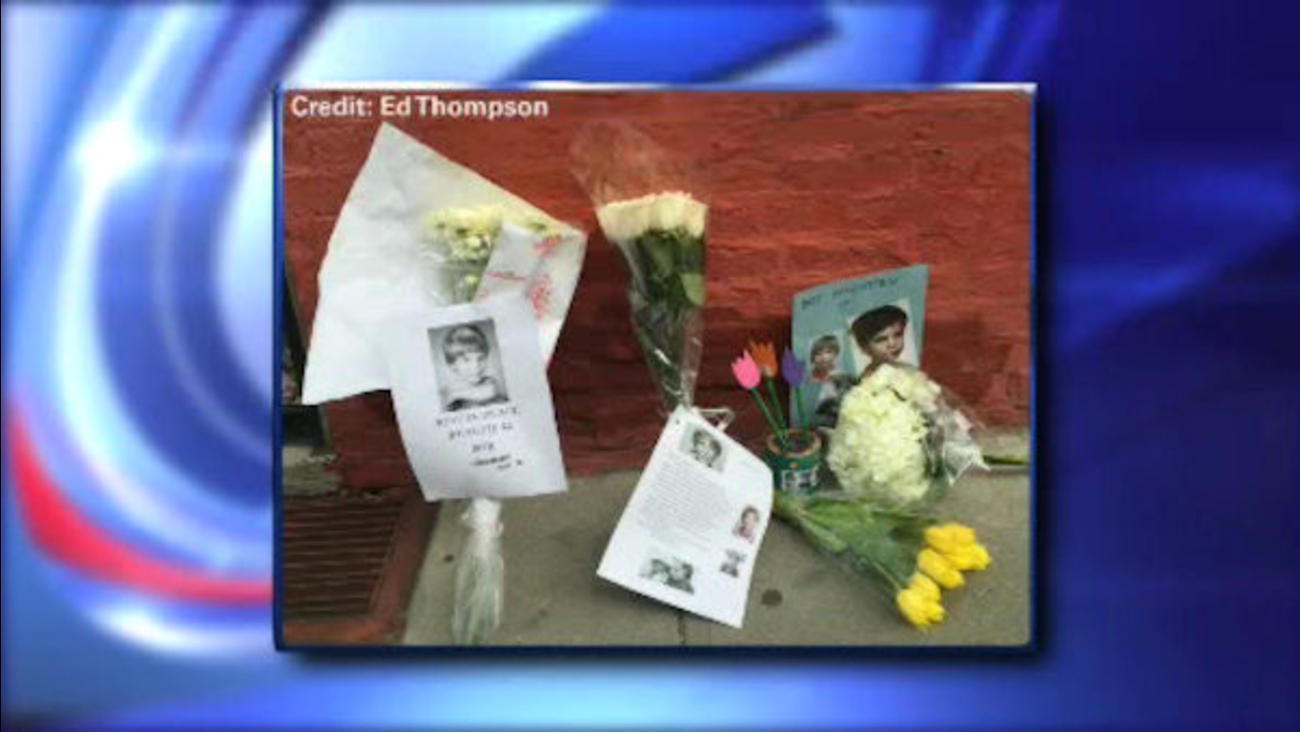 The memorial was put up by some of the 11 jurors who voted to convict Pedro Hernandez for the murder of 6-year-old Etan Patz. (Ed Thompson)

NEW YORK (WABC) -- On Memorial Day, a makeshift memorial was created by some of the jurors in the Etan Patz murder trial at the exact spot where the little boy was last seen before he disappeared 36 years ago to the day.

The memorial put up by some of the 11 jurors who voted to convict Pedro Hernandez for the murder of 6-year-old Etan Patz.

"If ever there was an image of pure innocence, it's that photo of Etan Patz, and it was snuffed out, and that's a horrendous injustice," said Edwin Thompson, juror number 4.

Thompson called the memorial poignant . He says the case ending in a mistrial was a "miscarriage of justice."

Robert Lowery of the National Center for Missing and Exploited Children says more than 470,000 children are missing across America.

He says children should be empowered to "say no" - and parents should pay attention if something happens that makes a child uncomfortable.