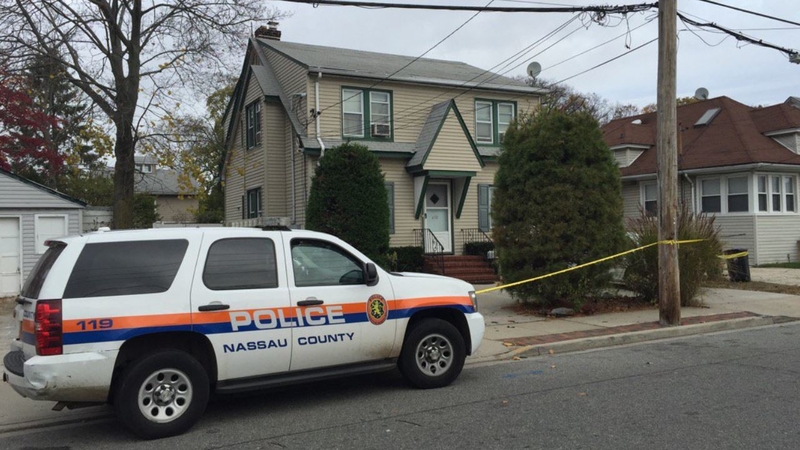 MERRICK, Long Island (WABC) -- Police are investigating after a woman was found dead in a house in Merrick on Long Island.

The body of 48-year-old Suzanne Goldfarb was found inside a cottage in the rear of a two-story home on Smith Street just after 6:30 p.m. Wednesday.

The Nassau County Police Department is investigating this as a homicide. The medical examiner's office said her cause of death was asphyxiation.

Sources said Goldfarb was bound and gagged, and lying in her bed in her bedroom upstairs.

According to sources, Goldfarb lived alone. It is unclear when she died, but her body was discovered by her parents.

Police say there are no signs of forced entry at the home.

"We're gonna explore every possibility that this person responsible may have been granted entry into the house," said Nassau County Police Chief Kevin Smith. "That he may have had access, possibly a key and that possibly this person was known to her victim."

With no signs of forced entry, investigators say it's unlikely this was a random attack.

Police say Goldfarb had been living in the detached cottage in the rear of the property for about 5 years.

She lived alone and had been working as a nanny.

Police say the last time her father spoke to her was Tuesday night around 8 o'clock.

Her parents had invited her out for dinner, she declined and the following day her father went to check on her.

Employees at the deli across the street say she was a pleasant woman.

Nothing about her, they say, would indicate she would ever find herself in this type of situation.

"She was a nice person. She had no issues with anybody. There were no issues with her whatsoever. This is quite a surprise," said employee Doug Gerber. "Last night when they called me up and they tell me cops were taping the deli closed, you know it's not usual. And I've been in this town for a very long time."

Anyone with information on the case is asked to call Nassau County Crime Stoppers at 1-800-244-TIPS.

Stay with abc7ny for more on this developing story.