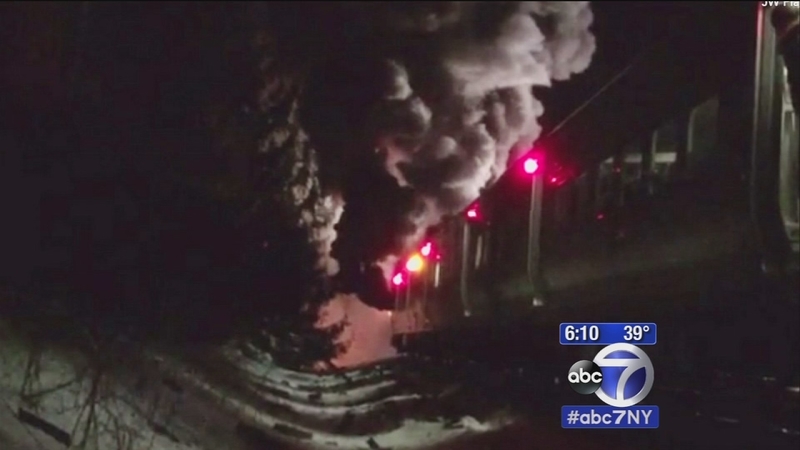 NEW YORK (WABC) -- As investigators study the wreckage of the burned out Metro-North train and SUV, looking for clues to help piece together the events, the question of fire safety is in the minds of many.

Train fires such as the one that killed five passengers are rare, but the public safety questions are troubling. How did the flames spread so fast in that front car?

The driver of the SUV hit by the train, 49-year-old Ellen Brody, of Edgemont, was one of the six victims killed in the crash.

The train will be moved to a storage facility for further investigation, but this isn't the first time such an incident has happened in our area in recent memory. 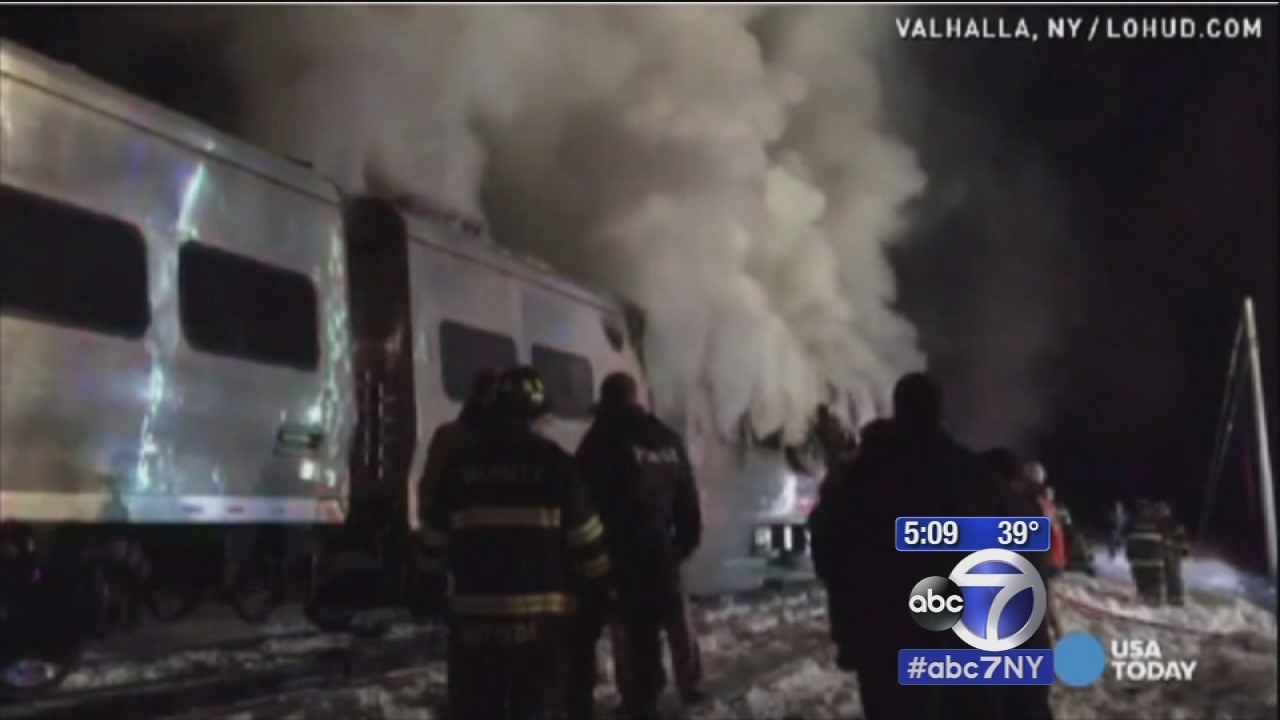 Investigation underway in fatal Metro-North train crash with SUV
Sarah Wallace has more on the investigation.

A burned-out car at a grade crossing and a charred commuter train were the remnants of another crash in January of 2013, when two people were killed in a car struck by an empty long island railroad equipment train.

The cause of both accidents appears obvious -- a car on the wrong side of the gate -- but it's not that simple.

"What else could have contributed to the accident?" said Mark Moeller, of the Kreindler and Kreindler law firm. "Is it the way the train was being operated? Was it being operated too fast? Was the engineer paying attention?"

And what of the explosive fire fueled by an electrified third-rail that punctured a gas tank and pierced through the floor of the train?

That third rail, from conducting that degree of electricity into the car, and then the flammability of substances with the car," transportation accident attorney David Cook said. "And the effect of tens of thousands of volts of electricity and what might have happened within that car becomes an essential factor."

The train car in question is an M7, only 10 years old. Its walls are made of composite aluminum and plywood, its seats plastic. It's not exactly fireproof, but federal regulations require rail cars to be built with materials that help provide sufficient fire resistance to reasonably ensure adequate time to detect a fire and safely evacuate the passengers.

It seems fairly certain in this case that those in the front car never had that time, but one civil engineer who once headed Chicago's transit system says it's not the fault of the rail car.

"Flame proofness, they have to meet all these things, both at the factory in upstate New York and then pre-tested on the line here before use," Robert Paaswell said. "The cars are good, and each generation of car is better."

Accidents involving trains happen more often than you might think, and on average, five people each week are killed in train collisions.

Another part of the investigation will look at how Brody become immobilized on the tracks after the crossing gate went down.

Sparks flew as NTSB investigators separated the turf rail jutting out of the back of the front car Wednesday, and they are also going over the train's black box-style recorders to determine how fast it was traveling, whether the brakes were applied and whether the warning whistle and horn sounded.

The NTSB is also anxious to talk to witnesses, one of whom will likely be a White Plains man who was in a car directly behind Brody as she drove into danger.

Richard Hope, who spoke to Eyewitness News by phone, says there was an accident on the Taconic Parkway and that many drivers took a shortcut to get around it, leading to a bottleneck approaching the tracks.

"The gate came down and hit the back of the car in front of me, it was an SUV," he said. "And then she looks back at me, and I back up again, and she turns around and gets in the car, and I'm waiting for her to back up, and she moves forward. She moved forward about 15 feet, right in front of the train."

"It is a tricky intersection, because there's no turn signal there," he said. "So cars will stop in the left lane to make a left turn, and it's not the best place to be traveling."

It was the deadliest accident in the 22-year history of one of the nation's busiest commuter railroads - one that has come under a harsh spotlight over a series of accidents in recent years.

Here is a look at some of the others:

- On March 10, 2014, a worker was killed by a train in Manhattan while trying to re-energize tracks that had been out of service for maintenance.

- On Dec. 1, 2013, a sleep-deprived engineer nodded off just before taking a 30 mph curve at 82 mph in the Bronx, causing a derailment that killed four people and injured more than 70. The National Transportation Safety Board said the engineer had fallen asleep at the controls because he had a severe, undiagnosed case of sleep apnea.

- On July 18, 2013, 10 freight train cars hauling garbage derailed in the Bronx, and service was suspended.

- On May 28, 2013, a track foreman was struck and killed by a passenger train in West Haven, Connecticut. The NTSB says he had requested a track section be taken out of service for maintenance, and the section was placed back in service too soon by a student traffic controller who didn't have the required approval.

- On May 17, 2013, an eastbound train derailed in Bridgeport, Connecticut, and was struck by a westbound train. The accident injured 73 passengers, two engineers and a conductor.