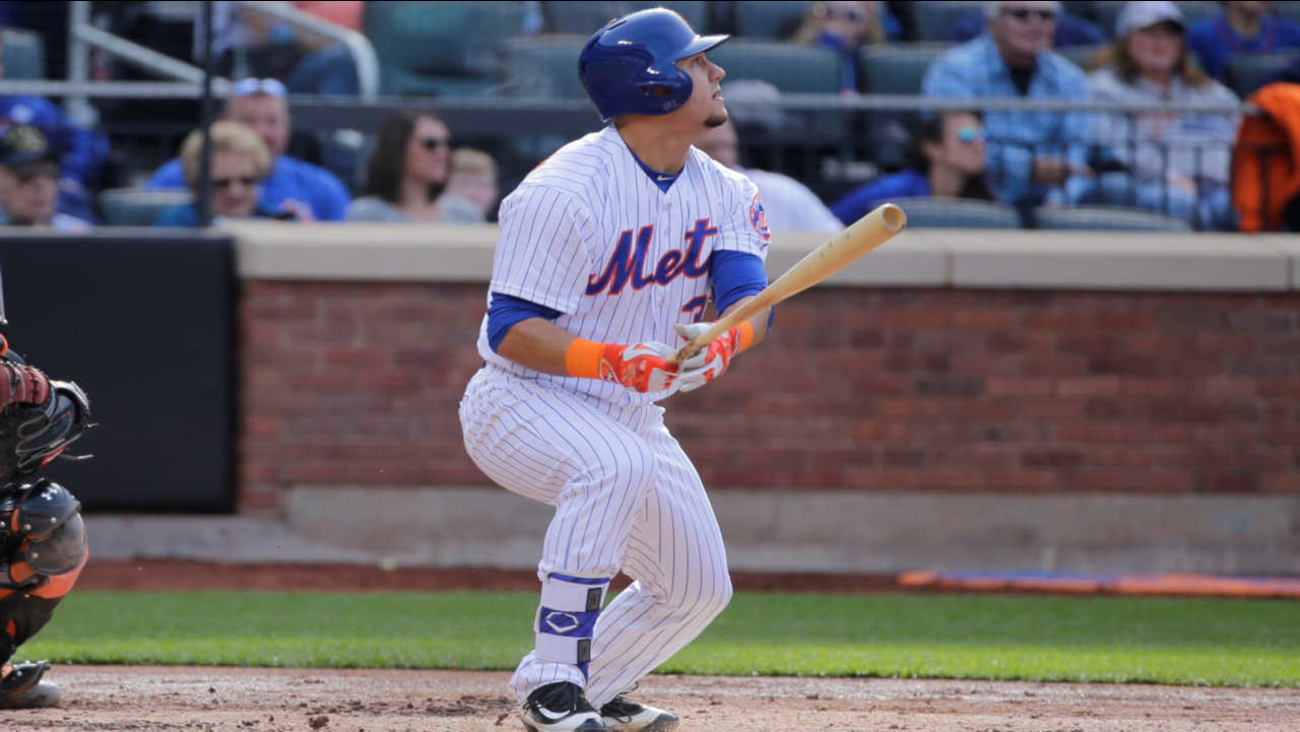 FLUSHING, Queens -- Michael Conforto and Wilmer Flores homered and the New York Mets won their eighth in a row, building an early lead for Jacob deGrom and holding off the San Francisco Giants 6-5 Saturday.