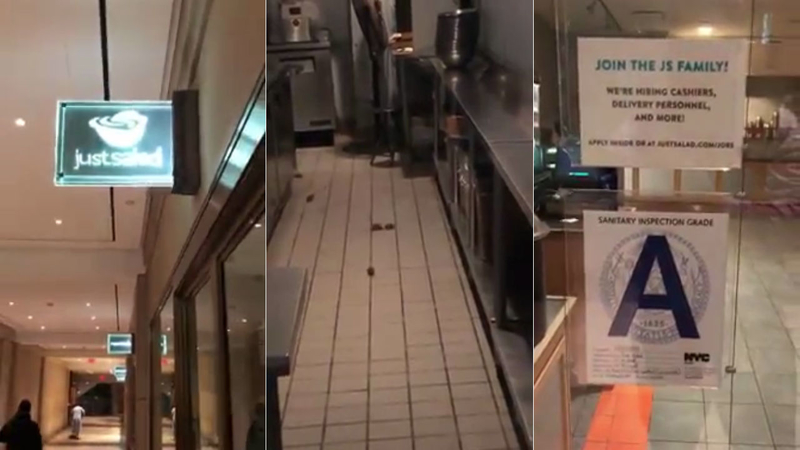 Eli Colon said he spotted at least six mice running through the restaurant located in the basement food court around 7:30 p.m. on Sunday and posted the video to Facebook Monday

Colon said he spotted the rodents running around the empty store after eating at a different restaurant in the same food court.

"This location is underground in a concourse area prone to mice activity. We closed this store for several days to give our team the Thanksgiving holiday off and did not notice the issue in a timely matter. Rodent activity has been a struggle for the concourse area in general.

We are closing our 30 Rock location at the end of December and are excited to be moving it around the corner to a clean environment above ground at 52nd St. between 5th and 6th Ave. We have never had this type of issue at any other location in our 10+ years in business and have A's at every single location."

The restaurant was previously inspected on October 30. Although it received an A grade, a critical violation was noted due to "evidence of mice present in the facility's food and/or non-food areas."